The weather here in Maryland this past weekend was absolutely gorgeous. Our favorite third wheel, Peggy Anne came to stay with us Saturday to Sunday. She has declared the big bedroom hers. Hubster told her several weeks ago that he was going to cook surf and turf for his birthday so naturally she was no fool and booked her reservation in the room early. I am glad she understands the no refund policy.

In addition our friends, Rick and Tatiana joined us as it was Rick’s birthday earlier in the month and we usually have a dual celebration. They were also celebrating the fact that their younger son just started college in Florida and now there was over 1,000 miles distance between them. They were quite pleased with their quasi-empty nest status (older son started law school and now lives at home).

Anyway, Peggy Anne, ever the party girl, brought the favors…

Suspiciously, Peggy Anne’s youngest, Kyle turned 18 two days before Hubster’s birthday and she claimed these balloons were not recycled for the Hubster. Whatever…we all grew up with hand-me downs or perhaps “hand-me-ups” given Hubster’s age. 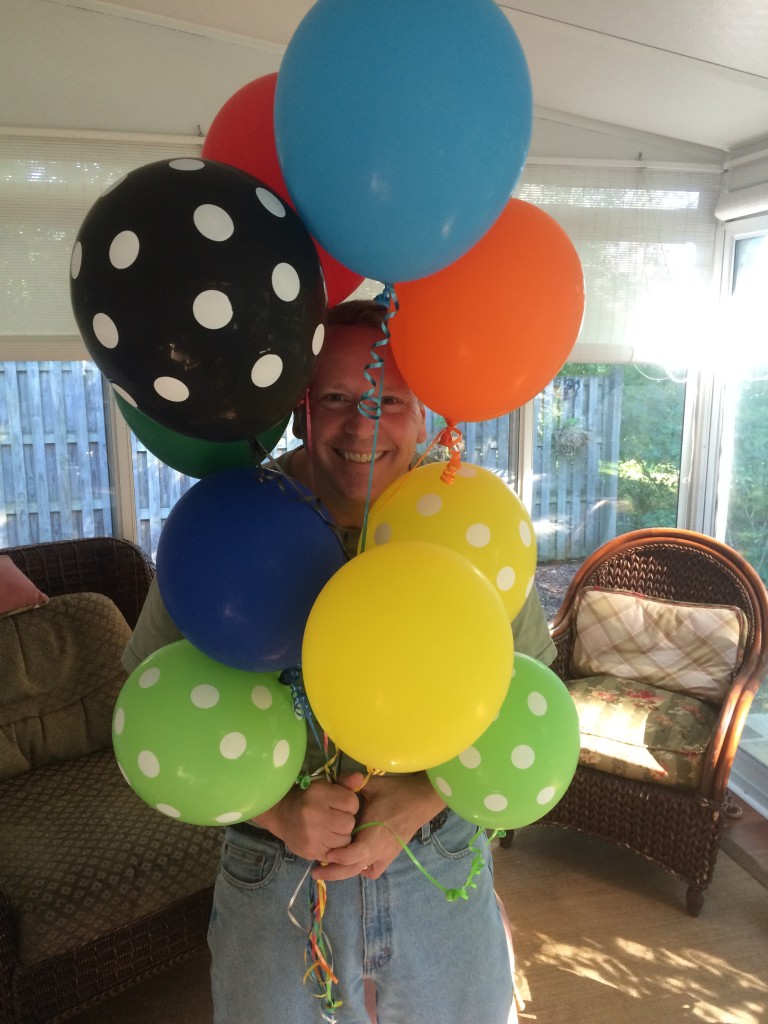 She also brought another important party favor… We didn’t even open it because it looked so special just sitting there.

We have no intentions of letting this go to waste or remain idle. It will be used for future important occasions (like when we can’t sleep, a random Thursday, because the mail arrived or the laundry finished the spin cycle).

Hubster did not disappoint in the cooking department. He prepared lobster tail and filet mignon, broccoli slaw and a fabulous corn casserole. Wait a minute, I  made the corn casserole so I believe the guests described it as stupendous, mouth-watering, best thing I’ve ever eaten, and I hope there is enough for seconds…just to quote a few.

Here are the happy guests and Hubster getting ready to enjoy his fine deck dining experience and pre-corn casserole quotes. 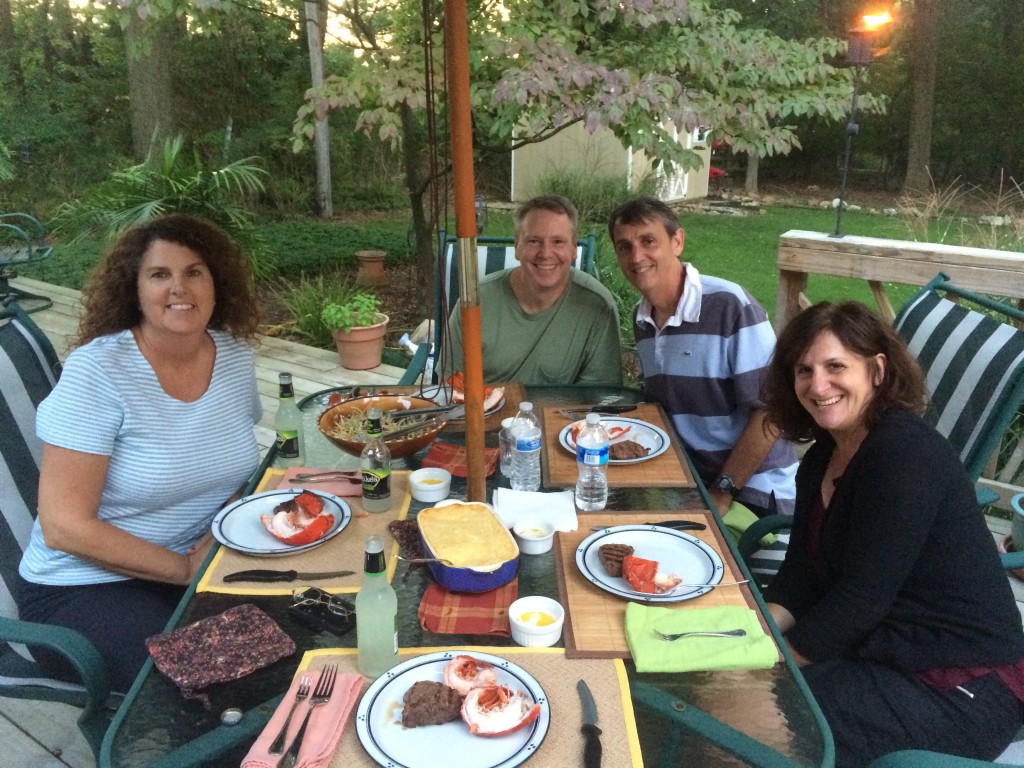 Rick and Tatiana heard that Hubster recently started running. Rick is currently training for the Baltimore Marathon so in an effort to have the Hubster join in the “misery loves company ” mentality; they gave Hubster a gift card to our local running store. Hubster is quite excited about this…I am less thrilled because I think that means I may have to start running also…you know “what I do for love” style.  We’ll see…

While there are no photos, we did have birthday dessert…In celebration of fall, Tatiana brought a beautiful and scrumptious pumpkin roll and I made brownies. The best part was we were not all falling asleep at 9 pm so we chatted until well after 10 pm and then called it a night.

I am officially closing the books on the Hubster’s birthday for 2014…Hubster you have a little over two months to get ready for my birthday…I will start “Pinning” gift ideas for you to view, because I am thinking that as much as I do love you, your presence may not be enough.  Son-sters that goes for you too!