I grew up in a home where cursing was not an acceptable form of expression. I can honestly say I never heard the Milkman (my father) utter a swear except when he was nearing the end of life and even then it might have been a word that was acceptable on regular TV.  My mother would curse everyday, but  she did it in French even near the end of life.

I won’t repeat it here and I didn’t know it was a swear as a child because it sounded so elegant.  In fact, so chic that I learned to say it to my dolls at the age of five. Unfortunately I was overheard by my mother who helped me understand the error of my ways . This only happened once because I was quite the finicky eater and didn’t enjoy the taste of soap.

This is from Pinterest and from the description it states no one was injured while taking this photo.

At about the age of 12 I was sitting in my sixth grade classroom near the end of the day. I realized I left my sneakers over in the parish center where our gym class was held. Before and after gym, we used to have to change from our school uniform to gym/play clothes and proper footwear. I had just purchased that pair of black canvas Chuck Taylor Converse sneakers with my own money because my mother didn’t like me having boy sneakers and our family budget did not call for us to have a preference of brand name. 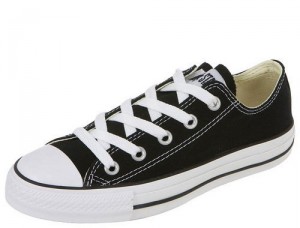 Without any filter in place, out of my mouth, loud and clear, came one word “#∂λ>{Þ”;  maybe two words because I think there was an “OH” in front of it…it was not pretty and I realized right away that the “#∂λ>{Þ” was going to hit the fan.  I was permitted to retrieve the sneakers and while I don’t honestly remember the exact consequence; I’m sure there was a consequence. Nobody walked away from that “#∂λ>{Þ” in our Catholic school…(please forgive the vibrant vocabulary).

For me since it was only the second time I swore in my life and the first time I did I used my limited bilingual skills I decided to swear off swearing.

I think one of my badges was earned for clean living which included  G-rated  linguistic skills. 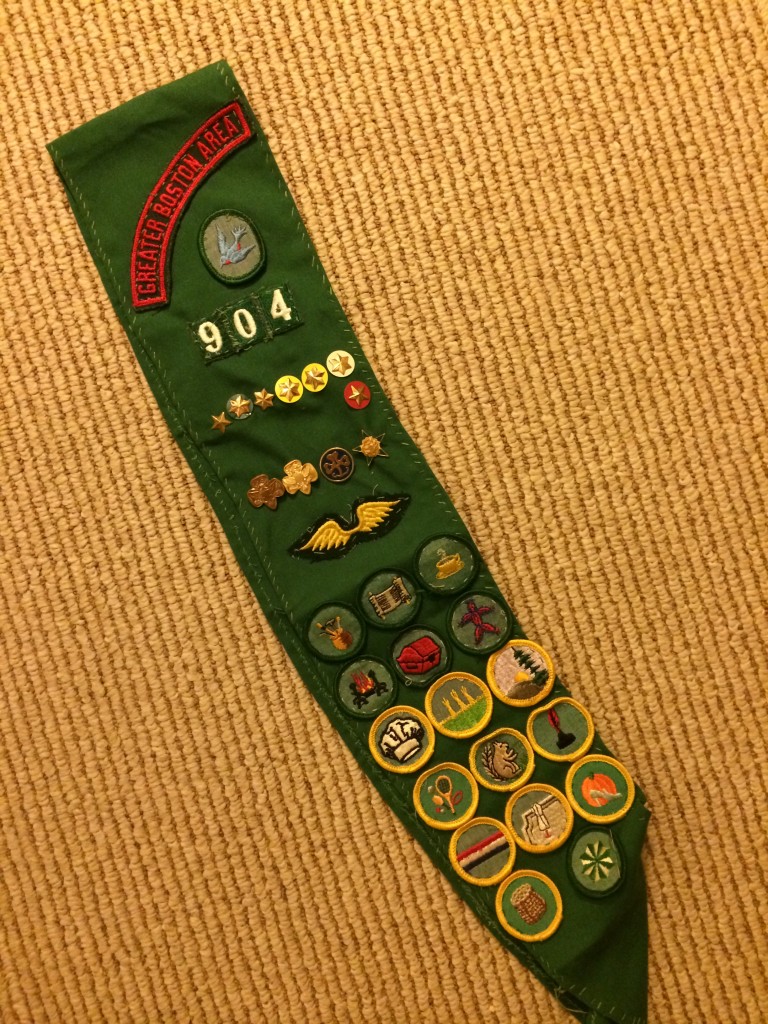 Well so much for clean living, because I was an athlete and some of the girls were a little more expressive when it came to plays not going their way; they let a few  foul words flow and of course, not wanting to be left out I have to admit I may have succumbed to peer pressure and echoed some of the same lively language.

Generally, I do keep a clean vocabulary, but once in a while even though I have a Master’s degree which is supposed to indicate a vast vocabulary at times, it just really seems appropriate to use a more colorful word from the urban dictionary, even if I only do it in my head.  Catholic guilt gnaws at this behavior, but I came across this little tidbit of information which may help justify my language skills or deficiencies; depending on which side of the cursing  fence you happen to be sitting. 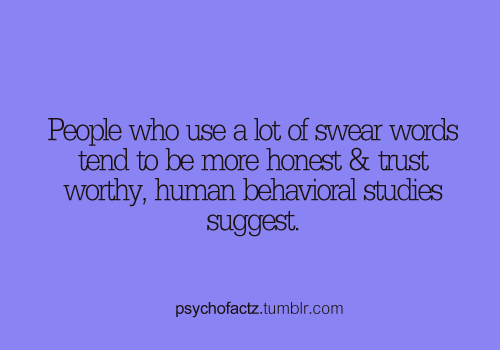 So to all my loyal readers ( reached 15..sorry needed to brag) this may be the closest I ever come to expressing the vivid vocabulary  in a post, but one thing I do  know I am trust worthy and .. honest, I swear.

See you in September…company is coming this weekend.