It seems my several years of tap and ballet lessons in childhood have finally paid off. Early Sunday morning as I went out the front door of the house, I was quickly forced to make several plié (pronounced plee-ay’) moves down the front walkway. Trust me when I say it wasn’t pretty and I wasn’t wearing the proper leotard, but the squats saved me from a dive bombing attempt made by two Mourning Doves who built a nest inside the boxwood next to our front porch.

Here I demonstrate grace just before a recital … circa 1969. I was less elegant near the crack of dawn this past Sunday. 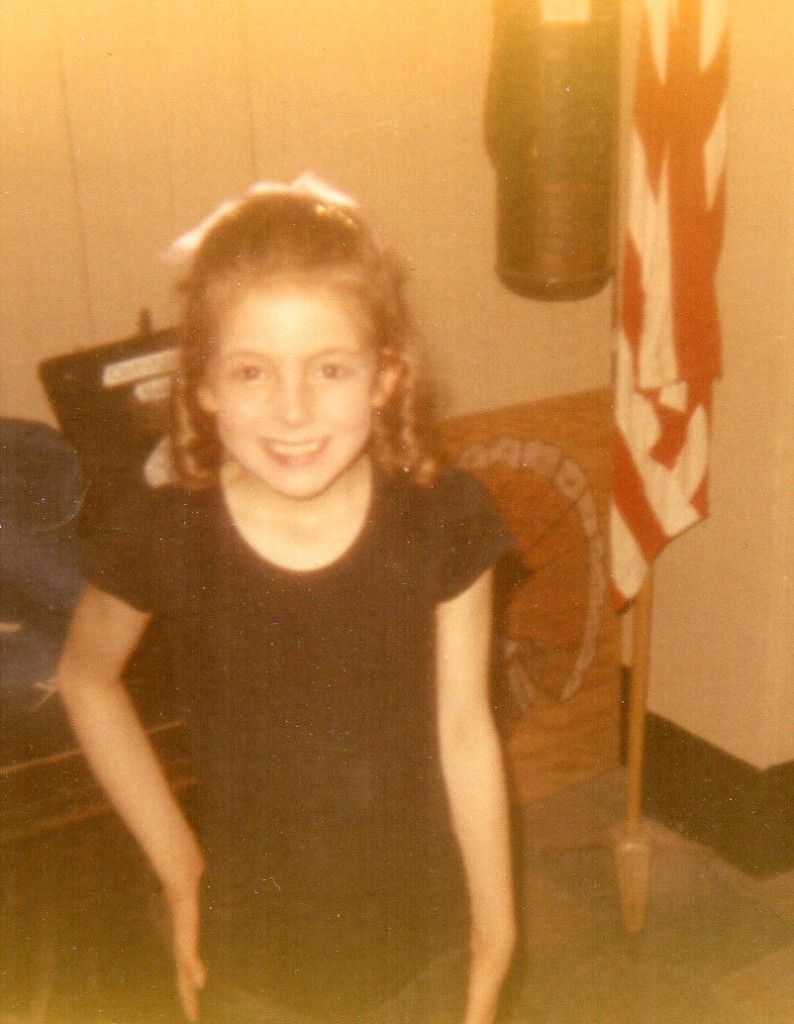 This cooing couple is from the pigeon family, with city roots, it is no wonder they seem rather ruthless and have forgotten that to insure domestic tranquility we need to coexist…avian and human alike. I was not prepared that early in the morning to set up a military-like mission just to retrieve my newspaper. Doves are supposed to be a symbol of peace; the early morning coo a greeting to the world that another day has dawned.

A little later, I went out the door for church. The two were nestled on the large plastic black drainage pipe near the boxwood. I wanted to get a photo of the pair so that I could share the fearsome fowl with my loyal readers (13 in all…a baker’s dozen). This action made me late for church, but Father Finch* didn’t seem to mind since I was there in the nick of  time for the basket passing. Forgiveness is easily remedied with a nice donation.

As you can see the two did cooperate even if they appear vain and  smug about their property rights. 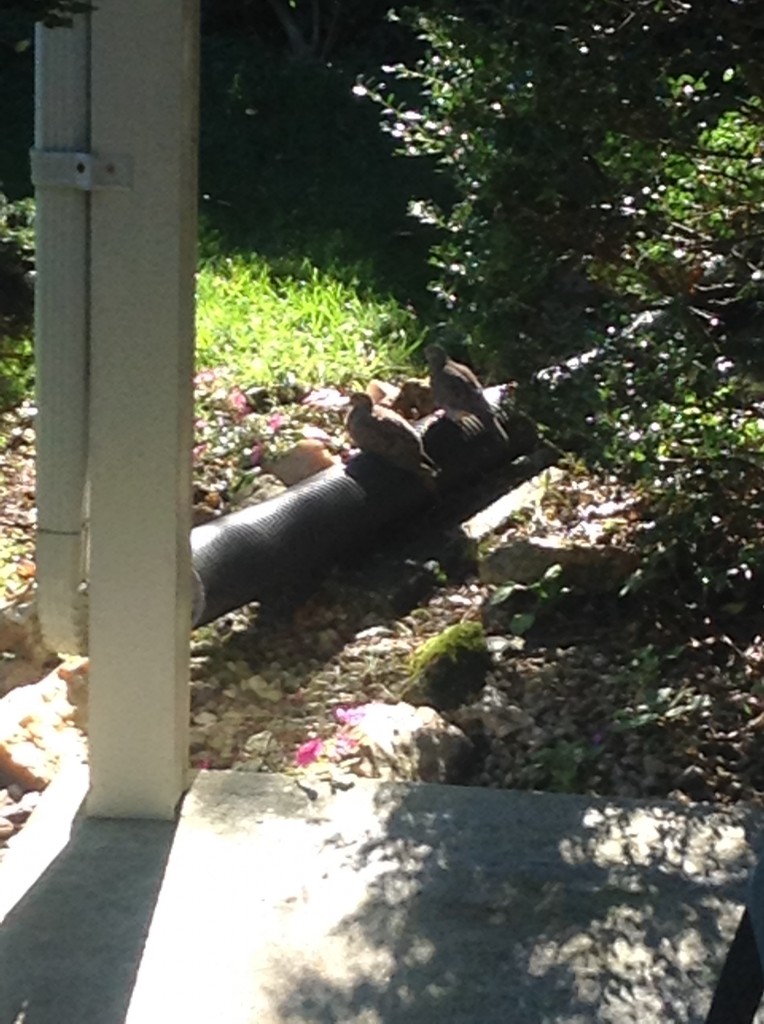 Upon return from church and a quick stop at the grocery store (Hubster has begun the school year cooking routine so he requires actual food in order to complete this activity. I will try not to complain about the shopping.), I realized I forgot to dress in full metal tutu as I approached my own front porch.

The couple swooped out using frontal assault ambush tactics requiring me, with groceries in hand, to flank back toward the walkway screaming Tippi Hedron style. I am certainly glad I saw The Birds as a youngster while hiding under the end table in our parlor when it premiered on TV in 1968. This defensive method, recalled in a split second saved me and the majority of my eggs from the outcome suffered by Tippi at the end of the movie. I wonder if these doves recognized I was carrying some future distant relative.

Her birds were of a much smaller variety than my doves. 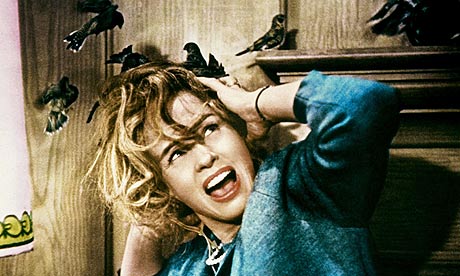 We have had many birds build nests over the years and have found the others to be not nearly as aggressive as these two seem to be. This pair is plucky; if I had a subscription to the National Audubon Society I would definitely consider cancelling or at the very least lodging a grievance.

Feeling I have rights too; especially since I do write the mortgage check once per month and these two have contributed nothing except a twinge in my back; I wanted to get a photo of the nest.

I requested some reconnaissance from the Hubster. I concocted a plan for him to go out the front door and distract the duo while I encircled the boxwood to “in-film-trate” the nest. (In-film-trate, v. : gain access to surreptitiously photograph)  He gave me a sideways glance that I interpreted to mean, “Why do you have to have this photo?”

Why do you leave me standing…

alone in a world so cold,

maybe I’m just too demanding or

why do we scream at each other…

I didn’t really quote the lyrics to him, but the chorus did seem appropriate. Also my father was never too bold, that would have been my mother, and the never satisfied only applied to my mother when things didn’t go her way. Otherwise she was content. 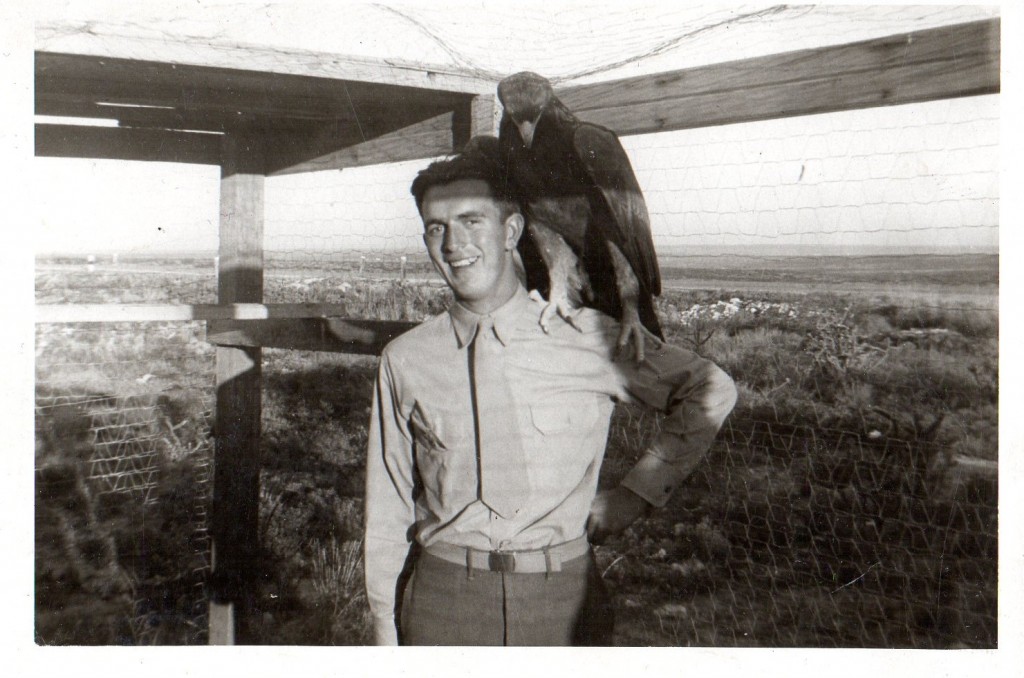 My father was very brave for permitting this eagle to sit on his shoulder. I suppose this requires one to be bold as well. 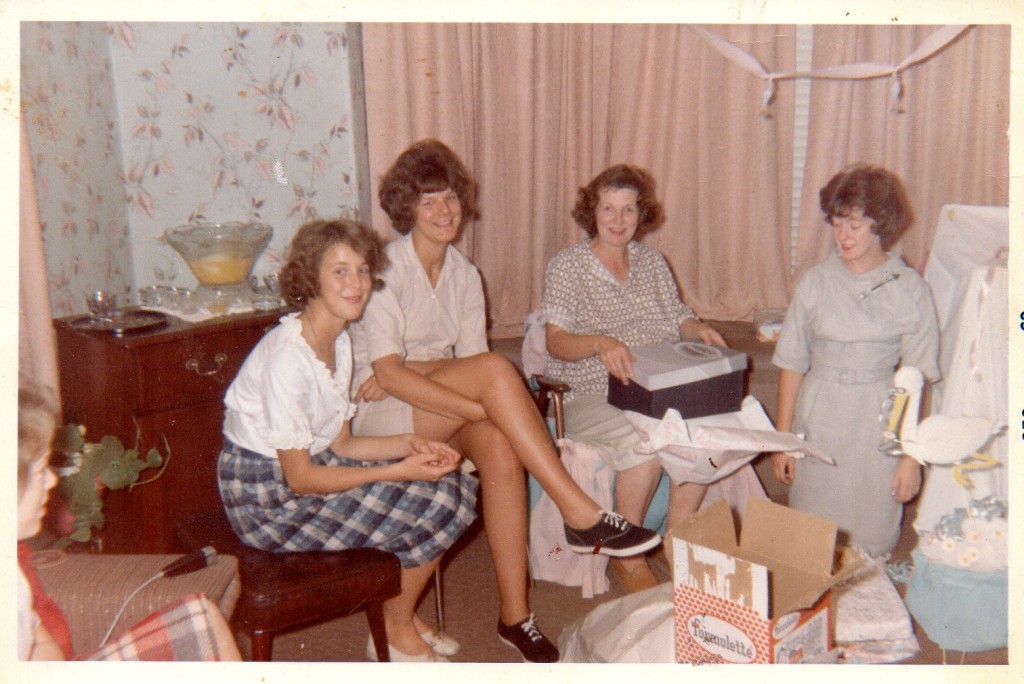 My mother holding the box. Two of my sisters, the Family Matriarch and Sally, the second born in our family to her left. My mother seems very satisfied and pregnant with me in this photo.

Me on the other hand, I am not pregnant and I wanted the photo of the eggs in that nest. He obliged once again recognizing that I am his child bride and his reason for being.

My own prince to the rescue, he charged out the front door to take the high ground. 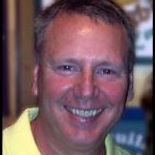 I, with stealth-like expertise moved in from the side with iPad in hand … I snapped a pretty good photo of an empty nest …Wow, our  everyday reality mirrored by the wild life in our own front yard. 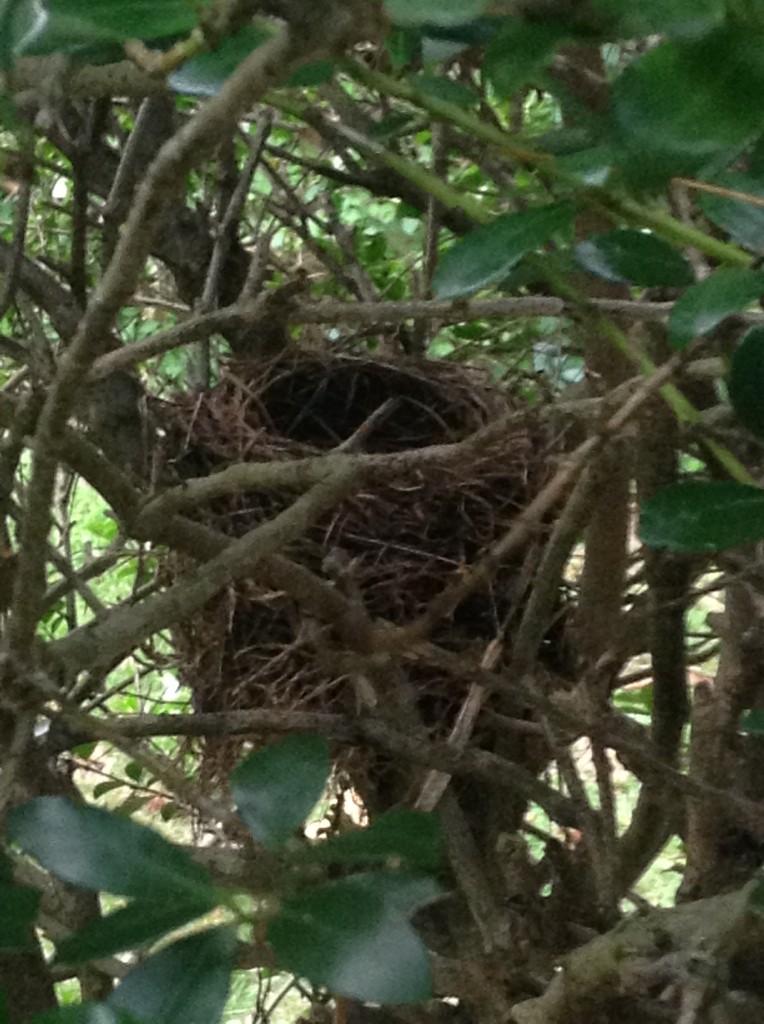 It’s Monday and I managed to write a post…we’ll see how the rest of the week goes, especially while dodging the doves.

* name changed to one more suited to match the theme