… as in Mary Tyler Moore.

I recall being back in my childhood home sitting in front of our 15″, or maybe it was 19″, black and white TV. After sitting through a another Saturday night of the Lawrence Welk Show, (a staple of both my parents and the only show permitted to be watched during Lent for a good many years until they relaxed that rule because they found they were missing out on great television) we settled in for the Saturday night comedies. I don’t remember what time the show aired, but I do remember the evening ending with the Carol Burnett Show.

Mary Tyler Moore was not only a funny lady, but she had an elegant way of ” taking a nothing day and certainly make it all seem worthwhile”. Yes, I stole the line from the soundtrack to the show.

Although I was only 7 when the show first aired, I wanted her hair. To be exact, I wanted the hair she had in the early years of the show because it had a “That Girl” flip…oh, how I longed for that flip. 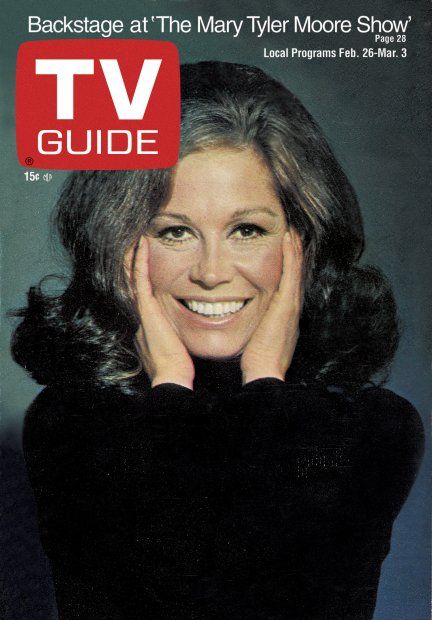 Her teeth were perfection…no wonder she “could turn the world on with her smile.” At the age of 21, I finally wore the braces I had hoped would give me those “Chiclet” pearly whites.

I know Mary Tyler Moore did not decorate her own sets, but I loved the “M” monogram that hung in her apartments. When I moved into my college dorm I purchased a big yellow “C” (for my real name) made of cork to hang on my dorm room wall. I think Mary may have influenced my affection for monograms.

Over 20 years ago, Hubster and I attended a charity fundraiser auction. One of the items for auction was a script signed by the writers of the Mary Tyler Moore Show. The script was titled; “Chuckles Bites the Dust.” We were in a bidding war with a local meteorologist and,I kid you not, Tom Clancy. TC backed out when it reached $100. I wanted that script and so did the meteorologist. We won and we paid way too much for that script, which sadly sits in a plastic  container in our attic, probably dry-rotted, but it’s ours.

This is not our actual script….sorry, Mary, I didn’t feel like climbing into the attic.

My favorite line from that episode was part of the eulogy read by Ted Baxter (Knight) on air for Chuckles the Clown, “A little song, a little dance, a little seltzer down your pants.”

My recollections of Mary Tyler Moore may be superficial, but I truly believe that Mary ‘Richards’ showed my young self that I could “make it after all”.