…30 years looked good on us 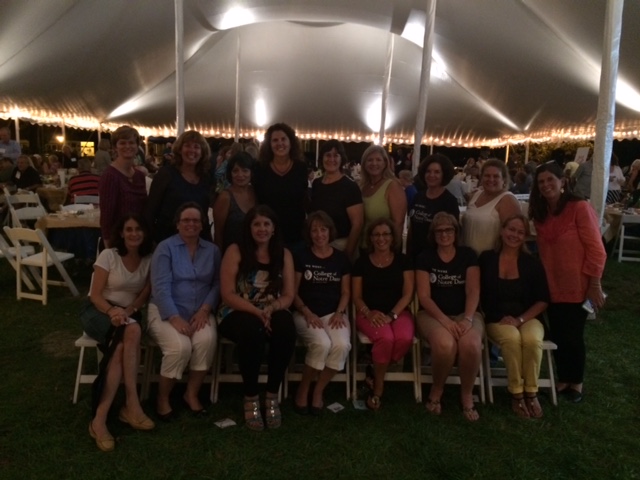 Peggy Anne and I attended our 30 year college reunion this past weekend. The group photo includes the 16 members of our class who attended the crab feast on Saturday night. The weekend event was for classes with years ending in 0 and 5…the alum in our class who traveled the longest distance came all the way from Singapore. All of these women have made a difference in the world, which I suppose was the intention of our earned degrees.

My own Son-sters can agree that the woman seated second from the left in the above photo definitely made a difference in their lives as they were fortunate enough to have her as their first grade teacher.

Hubster attended the event as well, given he spent a good portion of my four years on the campus with me, even though it still remains a women’s college. 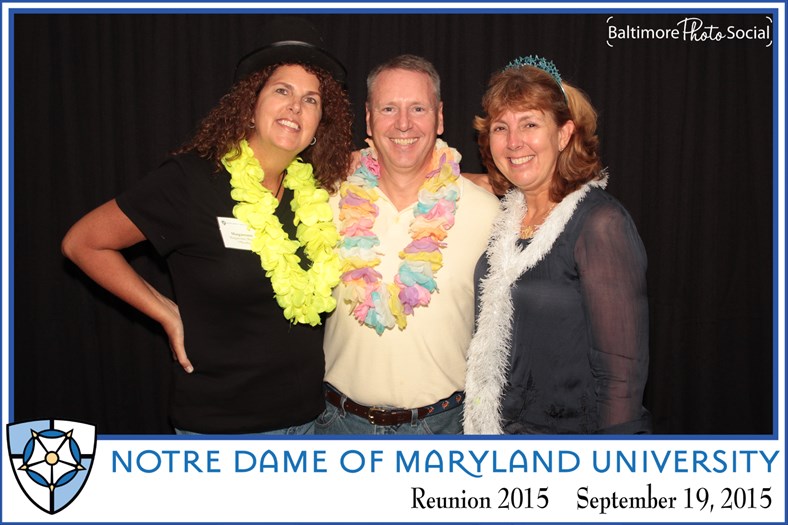 We arrived on campus about an hour before the event because we wanted to check out our old stomping grounds.

We picked up our t-shirts and posed in front of the dorm where we lived for our first two years. 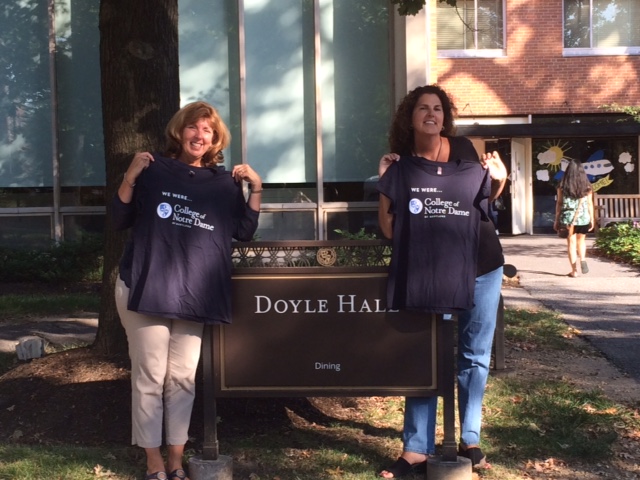 We took a quick tour inside the building…look what we found.

Technology has changed, but life-long friends still find a way to stay close. 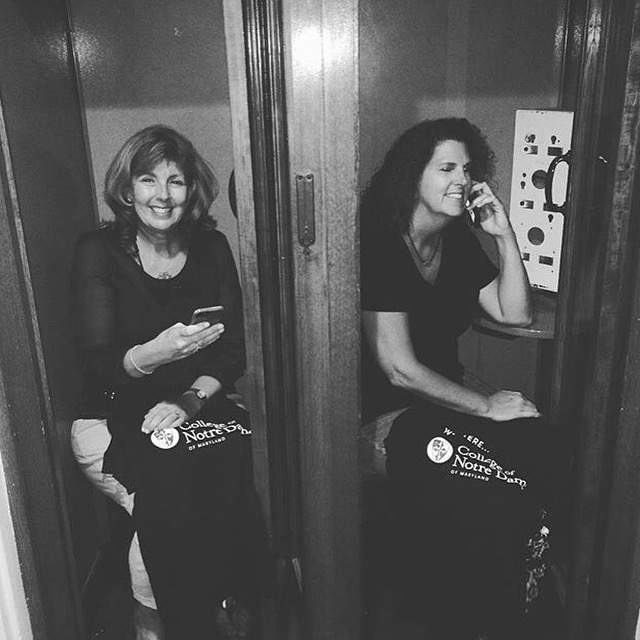 The original academic building, housing and convent on the campus.

Peggy Anne and I had several classes together over the years….one of the more memorable classes was Death and Dying with Monsignor Satterfield. We tried to re-enact our excitement for the class by sitting in the exact same seats we sat in over 30 years ago. 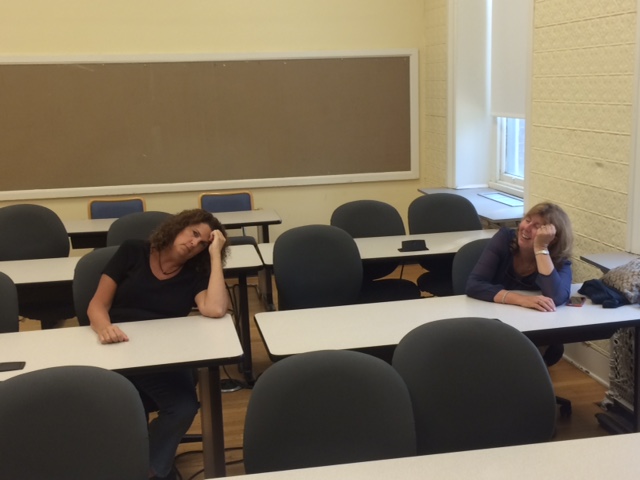 The subject matter was not something a college student wanted to think much about at the time, but the good Monsignor did leave an impression. He often counseled at a local hospice and shared stories about families coming together at death. Years later when I read about his death, I was saddened to know that he had no family and no one to be with him at his time of death.

The campus has many buildings and amenities that did not exist in our day, but has remained much unchanged in its mission.

I have to be honest, we definitely skipped a few Masses back in the day, but given we knew we were getting together on Sunday to celebrate a birthday we wanted to make sure we stopped in for a blessing. 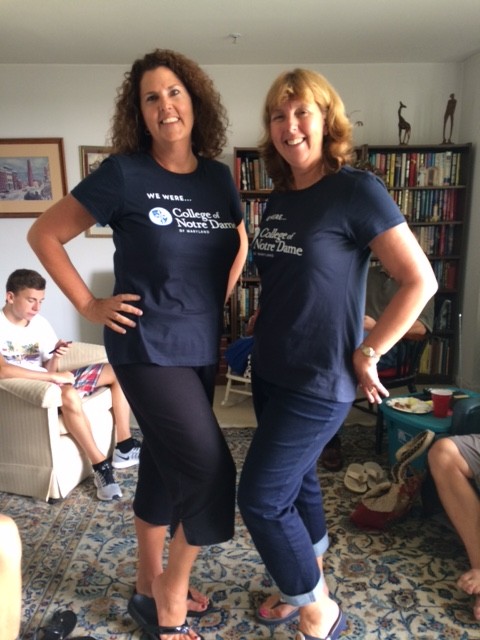 Looking toward the future. 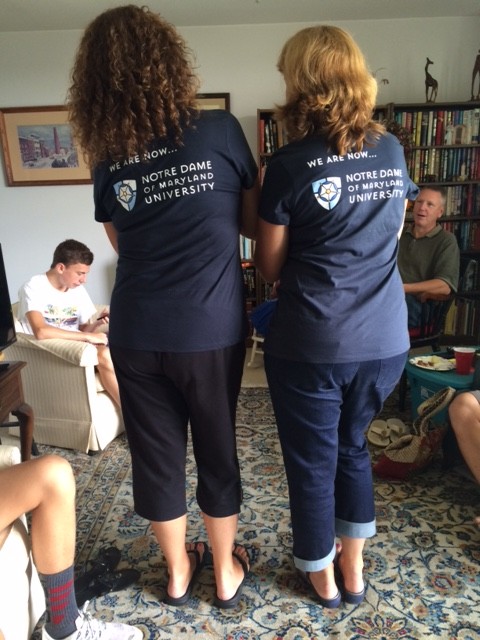 Now get back to campus and study hard…no GPA…no fraternity…eye on the prize, my man.