…a brother and a sister

Today’s Who’s Who features my brother and sister who were closest in age to me. Through the act of everyone else moving away to greener pastures of adulthood and marriage, we actually had our own bedrooms. We shared the most family dinners, family squabbles, and Sweetheart’s (our mother) highly dramatic moments in motherhood. 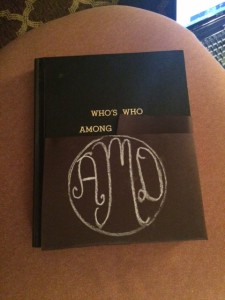 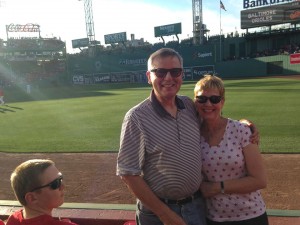 My mother called him her Baby Boy and I believe this went to his head, as he felt quite special. As he began his professional career and still living at home; he despised it when the dog’s hair would shed onto his clothing. He claimed he needed a designated seat at the kitchen table to avoid the hair. (Hmm…maybe he should receive the title: Heir. Also note , he did love the dog;  dog’s hair not so much.)

My response to this behavior, after I screamed and cried: Pah-leeze, the dog was an equal opportunity hair disbursement mammal, no matter where you sat there was hair. Unless it was in the parlor, per Sweetheart’s orders: No dogs in the Parlor.

Baby boy has been married to Sweet SIL (sister-in-law) for 34 years. I was a bridesmaid in their wedding. One of the few weddings where I did not faint on the altar. Sweet SIL also comes from a large Catholic family, only her family is Irish and her Dad, a wonderful host and life of the party, never let us forget it; “Up with the Irish” was every family toast. Upon learning of the collaboration of KK and Hubster’s survival book, Sweet SIL thinks she has a few anecdotes to contribute.

Baby Boy and Sweet SIL have two sons, like me. One recently moved to the Washington, DC area. Hey BB Jr…you may want to pop up to visit your aunt, and Patrick (his real name) who lives in Chicago, is on his way to becoming a famous actor/comedian ala Second City-ish. I use his real name because the tens of people who read this may want to seek him out for an audition. I’d love to say I taught him everything he knows, but I think Baby Boy had more influence on him than me, as I have been living hundreds of miles away.

Keary and I are the closest in age and our birthdays are only one day, but six years apart. She initially thought she had the coveted role of baby in our family, but surprise “new house, new baby”. I borrowed her Barbies, her clothes (until she started to borrow my clothes, then padlocks were in place) and her car (if the heat in that vehicle had actually worked in the winter you may not have seen me again). We lived through the “good-bye years” for Sweetheart, and trust me, it wasn’t pretty. The FM was a frequent savior during those years for us. As Keary moved on in life, I was the last child standing and Keary took the car with her. 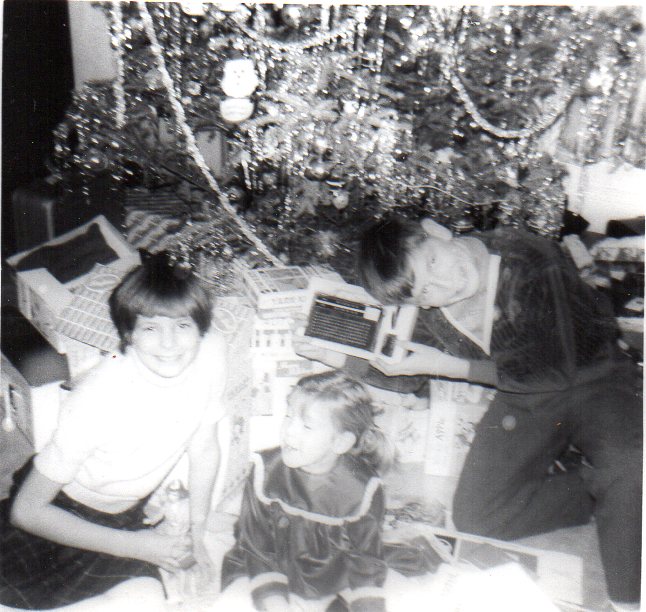 Keary, sporting the Jem in To Kill a Mockingbird or any one of the four Beatles hairstyle. I am in the center, noting the Barbie she is holding in her hand that I will be borrowing when she is in school and I have only a half day of kindergarten.

Keary has a set of twins, a girl and a boy. One nurse and former Army Captain and a current military man, Topher who is seeking his second Bachelor’s degree because paying tuition is so much fun; actually engineering is where he’s headed. I think I may have missed their last few birthdays because they will turn a nice round number this year.

A few posts which feature Keary: here, here, and here.

The siblings portion of my Who’s Who page is complete…visit the WHO’s Who page if you want to know about the rest of them.

Have a wonderful Wednesday.