…I became a Reader.

This was supposed to be a post where I wrote about the books I have read this summer, but instead my undiagnosed Veer Off Topic Disorder (VOToD) took control. The reason: while looking for a manila folder for some insurance paperwork, I came across a few of the papers I wrote while earning my Masters Degree seven years ago. In order to become a Master Teacher, one of my first classes in the program required me to explore and reflect on my early reading experiences. As I read the paper I found myself reminiscing and rewriting my original post.

These few papers reflect a mere “drop” in the bucket of ink cartridges I went through during my intense one-year Master’s program. 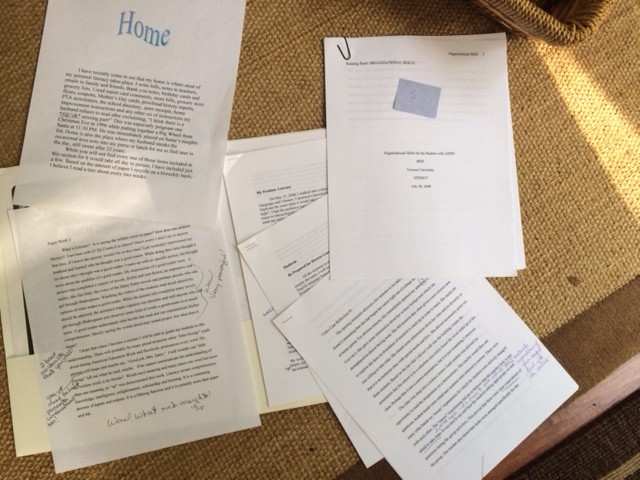 As the youngest child in a large family I was fortunate to have lots of hand-me–down books in my home. Sitting on the shelves they were colorful and neat. My sister, Keary read to me frequently. I also used the books to play school with my neighborhood friends; I was the teacher. The books also came in very handy when it was time to choose a book for an independent reading project for school. These projects usually involved completing a book report by a certain date. The reports I would write consisted of the book title, author, and three paragraphs which described the story. My usual grade for such a report was an A or B with the occasional C. Not bad for never having completed an entire chapter book. I did read two daily newspapers and I actually had quite a vivid imagination for writing. 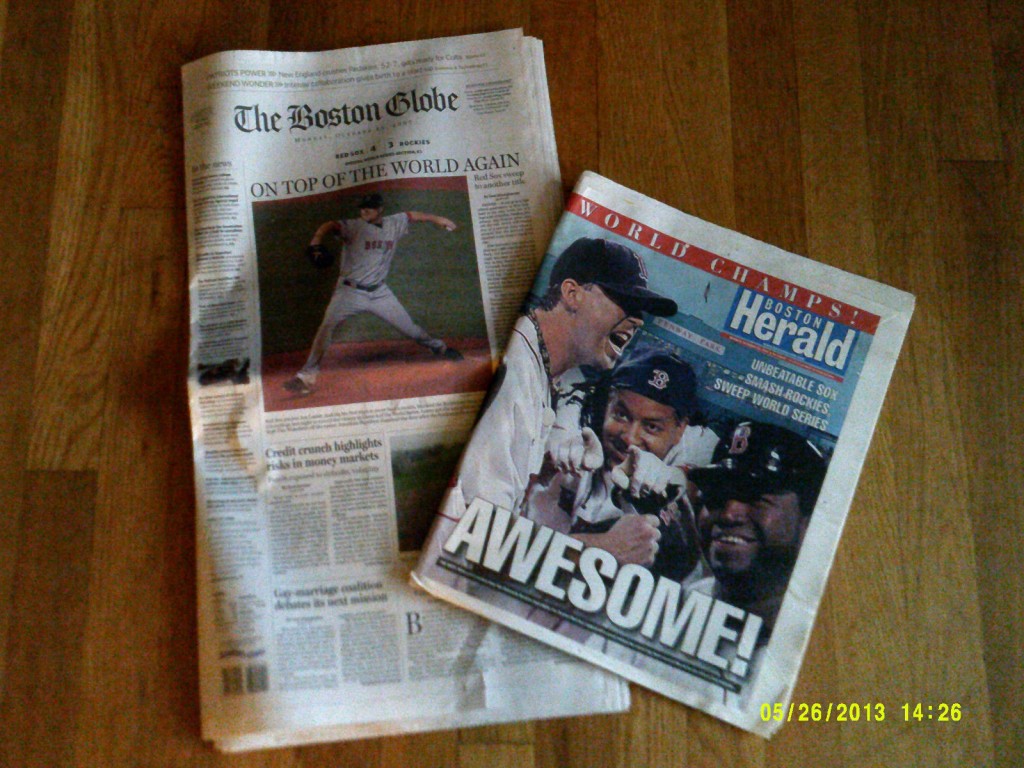 At the end of 8th grade, I received a reading list from the Catholic high school I would be attending in the fall. The instructions were to complete four books from the list. Book assessment would be conducted in English class during the first month of school. Panic set in and I had no one to tell me to breathe deep. As mentioned, I had honestly never completed a chapter book. I followed along during reading class, read aloud when told and even answered questions and wrote essays.  For the reports, I had merely scanned the first couple of chapters, read one chapter in the middle and then read the last chapter; plenty to write a somewhat knowledgeable report.

I perused the shelves at home and found three of the books from my list. The books included To Kill a Mockingbird, Cheaper by the Dozen and Johnny Tremain. I laugh when I think about my impressions of those books without having opened a page or read the back covers. I thought To Kill a Mockingbird was about hunting, Cheaper by the Dozen about a bakery and Johnny Tremain, I assumed was some kind of colonial Tom Sawyer. The fourth book from my list was found at my church yard sale. The book was Mrs. Mike by Benedict & Nancy Freedman; I didn’t even attempt to speculate the story line in this book.

The four books were in my possession, now what? Reality hit me square in the brain; reading, actual reading, was going to have to take place.  I had managed to hoodwink the fine Sisters of Saint Joseph, but I was fearful that the Sisters of Charity would be less than charitable when it came to leniency for the literate phony.  I determined the Sisters were not a force to tempt my fate; the books would be opened and read from cover to cover. It is really a shame that fear is what led me to crack the pages of these splendid books. Perhaps someday I will write my dissertation: “Fear, the Great Motivator to Literature”; okay maybe, not. 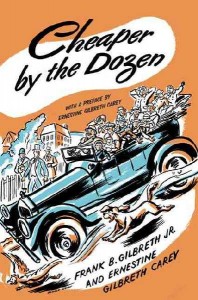 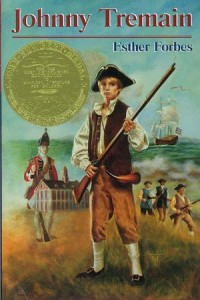 To Kill a Mockingbird, Cheaper by the Dozen and Johnny Tremain, to quote Louis Armstrong, “What a wonderful world…” I discovered. Obviously there was no bird hunting in To Kill A Mockingbird, rather it was a spectacular portrayal, described through the eyes of a child,  an unfortunate glimpse into the human struggle of good versus evil. Cheaper by the Dozen had no baking and found me reliving some of my own experiences of growing up in a large family. Johnny, the silversmith apprentice, became the hero during the colonists struggle toward independence in Johnny Tremain.

As I read through that summer, I began to wonder what happened in all of those other books that I never truly read; 20,000 Leagues Under the Sea, Adam of the Road, and The Hounds of the Baskervilles to name a few. What did all those large words in 20,000 Leagues mean? Did Adam walk down a road? How many hounds were in the Baskervilles’ home? If you have ever read those books you can easily determine I still have never completed these novels.

My final book that summer, Mrs. Mike was actually my favorite book of all time. It brought me into the world of a girl on the brink of becoming a woman. Katherine Mary Flannigan moved from her home in Boston to central northern Canada due to an illness. She meets a handsome Canadian Mountie; they marry and make their home in the cold wilderness. She interacts with the native people of the land and adjusts to solitary days while her husband is away on duty. The book had some sad undertones, but overall I found it glorious. At times, I have often thought that in a previous life I was a pioneer woman which may be why I associated so well with the main character. Also, the fact that she was originally from Boston and moved to a strange place paralleled what was going on in my life that summer. I was 14, lived in the city of Boston and I was shipped out to Indiana to live with my sister, I.T. (Irish Twin) and her husband. I was not ill, but my mother had cancer. Surgery, recovery and chemotherapy meant she had no time to watch my comings and goings.  Since my father worked and the older children were busy with their lives and jobs, my parents feared I would get in with the wrong crowd if left to my own devices that summer in the city. I.T. and her husband had recently moved to a rural development. Friends I had made on a previous summer visit were no longer at my disposal, so the books and her toddler & infant were my companions.

For the first time in my young life I felt like an accomplished reader. Pleasure replaced fear. The Sisters of Charity were no longer terrifying because I actually read the books. I completed the assignments with ease and even recall a little “stone throwing” judgement on my part when a few of the girls I was grouped with admitted they hadn’t read the books. It seems I had forgotten the “glass house” in which I used to reside. (Ouch!)

The next summer I read even more books as I prepared to transfer to different Catholic high school (irreconcilable differences with one of the charitable Sisters, another long story). No longer did the number of pages intimidate, rather I didn’t want the story to end too soon.

This summer, I have read four books (so far), countless magazines, emails, texts, grocery flyers, bills, an instruction book for my new juicer, another instruction booklet after Hubster exclaimed, “I think there is a #$@^&% missing part!”, newspapers, an insurance adjusters report for our cars & house after a hail storm in June, new curriculum (never-ending), and finally based on the amount of paper I recycle on a weekly basis, I believe I read a tree-worth of snail mail every two weeks. 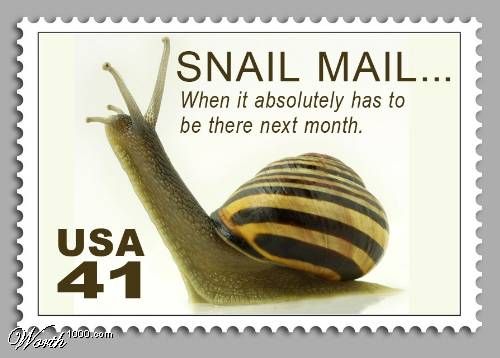 The legacy of my personal literacy has provided me enlightenment, scholarship, learning, intelligence (at least in my own mind), and a continuing  process of inputs and outputs…it is a lifelong function that is so much more than paper, ink, and fear in the summer of 1977.

Have a wonderful weekend!