I have been busy the last few days taking care of a few other summer projects, thus it has left me less time to write. I should be back with a vengeance next week. In the meantime, here are a few more of the “framily” (friend and family) who have been featured in AMD (A Milkman’s Daughter). 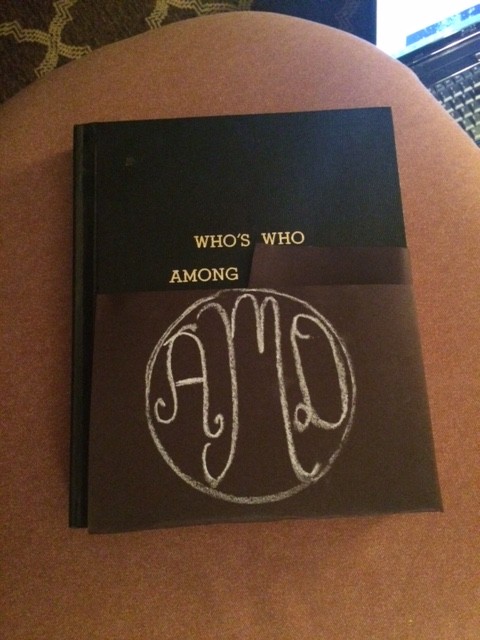 I am fortunate in that so far, those featured on this prestigious WHO’s WHO have yet to sue for defamation of character, as a matter of fact word has it they (the Hubster and Son-sters) were quite pleased with their 15 views of fame.

Without further ado her are today’s WHO’s WHO: 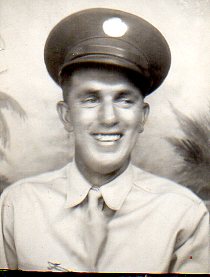 He is my Dad. He was an actual Milkman and not just a fling my mother had during a snowstorm on Ash Wednesday 1962 when the power went out. My parents were married almost 59 years when he died. He was 43 years old when I was born. I have written about him…. here, here, here, here, here, here, and here. I am sure you will find him in many of my other posts as well. He is dearly missed.

My mother…I would have never called her by this name, but the Milkman did when he wrote to her over the course of three years during WWII. My mother saved all of their letters. It is in these letters that my eyes were opened to the young couple my parents were and their dreams prior to the demands of family. As the baby of my family and an excellent observer, I often tip-toed around on 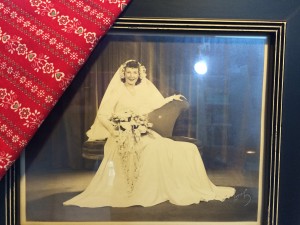 eggshells worried about her opinions and how she might react to the next mole hill or mountain. She was 45 or 43 (it depends on who you ask…if she could respond 43 , her birth certificate states 45) when she gave birth to me. I love her and miss her. She is featured here, here, here, here, here, here, here, and here. All of those heres are much cheaper than therapy.

Peggy Anne was my college roommate. We have shared so much together in our 34 years of friendship. Most of which we still can’t talk or blog about because both of her parents are still living and only a few miles from me. She currently lives an hour away in Delaware where she has three sons, all finally college age. (Collin, Jackson and Kyle)

Hubster and I call Peggy Anne our Third Wheel because:

A) She is divorced…all attempts to set her up have been nixed; her choice.

II) She has taken up residence in our home on many 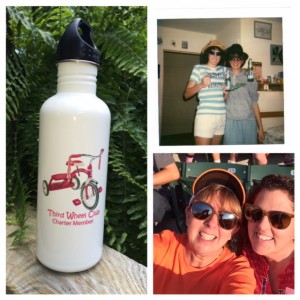 weekends when she is in town.

3) Her own mother gave her the name Third Wheel while Peggy Anne popped in to visit and mentioned she was joining us on another adventure. To quote Dotty (her mother), “Well you’re just a regular third wheel, aren’t you?” I am certain her mother’s intonation was more endearing than the way I write it. We all love Dotty and Fergus (Peggy Anne’s dad).

FYI: Peggy Anne’s sisters all have two names: Carrie Lee, (the baby of her family and a recent 50 year-old), Mary Pat, aka Dearie (the first-born), and Karly Jo. Peggy Anne’s brothers have only one name… Magnus and Ferg, Jr.

Anyway, Peggy Anne insists that she is the first wheel of our friendship trio because she was the one who dragged me from the pages of my $67.50 college text-book to a mixer at Towson University, four days into our freshmen year of college where I met the Hubster.

Well that’s it for today’s edition of WHO’s WHO Wednesday…see you soon.