…Instgram, Uber and the weekend.

Hubster insisted I finally have my own Instagram account so that he could stop being my virtual secretary when someone of importance in our life posted a photo. So as of Saturday, I now have an Instagram account. I have a total of three followers and I have posted three pictures. This is not earth shattering information, but just another notch in my “Welcome to the 21st Century” lipstick case.

Several months ago I purchased tickets to the Orioles game from a former colleague who returned to teaching in high school and coach basketball. He sells the tickets as a fundraiser for his high school team and a big crew gathers to watch a game and hopefully not talk about school. I always purchase a ticket for Peggy Anne to join us. Since so many of my colleagues have heard stories “ad nauseam” about our college adventures it is almost as if they know her.

Anyway, Hubster had planned to cook a delicious meal for us before the 7:05 pm game. Peggy Anne arrived promptly at 2:10 pm and Hubster was about to start the grill when I decided to grab the tickets for the game off the refrigerator. Well, slight faux pas on my part, game time was 4:05 pm…

Last year, we rode the light rail to the game as parking and traffic can be problematic. Peggy Anne got car sick on the light rail so we decided this year to try Uber. Given we live about a 30 minute drive from Camden Yards on a day without traffic we had to snap into action quickly. None of us had an Uber account. Hubster and Peggy Anne quickly grabbed their phones to begin the process of setting up an account while I paced the kitchen floor, perseverated and apologized in good Catholic fashion about having the wrong game time.

Within minutes Peggy Anne had an account and car on the way. Hubster finished setting up his account moments later. 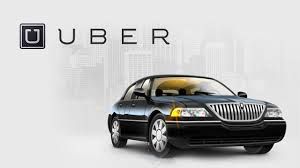 Jeffrey was our driver. He pulled right into the driveway and greeted us with a smile. He knew we were first timers or “newbies” because Uber informs him of a new account. To pass the time he asked if we wanted to play a trivia game. He would ask the questions and we would answer. No prizes, no money, but perhaps I could redeem myself in the “girl with the wrong information” department.

Years ago there was a show on TV called “CASH CAB”. We used to watch this with the Son-sters and if I do say so myself I was filled with as much useless knowledge then as I am in present day so “Game On”. 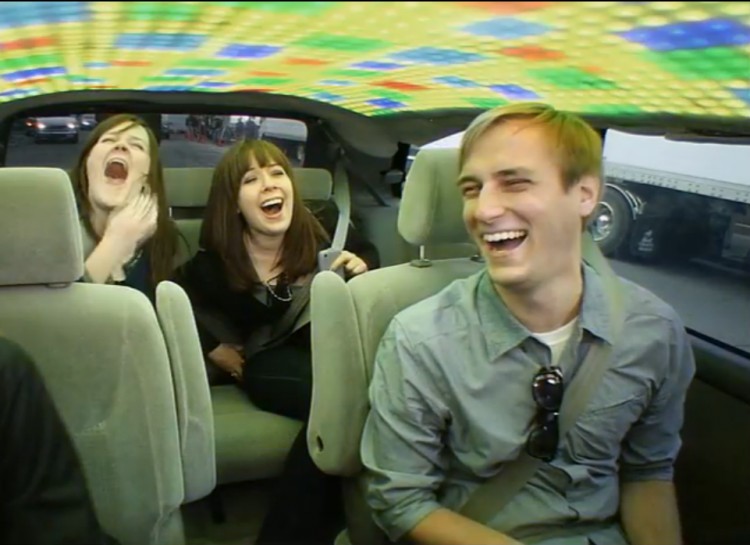 …we took the game seriously.

Jeffrey was quite personable and each question began with a story. I won’t bore you with every story,  but I did indeed redeem and surprise myself with some of the correct answers.

If interested test yourself…here are the questions: (♦ indicates a correct answer by me…♥ indicates Hubster and Peggy Anne helped)

There are five pairs of US presidents with the same last name. What are the names? (♦ 4 of the five, ♥ Peggy Anne had the last)

Who is on the $100 US bill? (♦ Jeffrey didn’t have to worry about us cheating with that bill…while it costs a fortune to eat and drink at the ball park, we were not carrying large bills.)

US state capital whose name is also the model name of an automaker from Korea. (♦ I pulled that one out of my hat, but only because Hubster owns one.)

Canadian Province name which is also the model name of an automaker from the US. (I named many provinces, but not the correct answer.)

Year the Lincoln Penny was first minted. (I was close.)

Year the Treaty of Versailles: (♦ Pulled it out of thin air.)

Year women first had the right to vote in the US: (♦ Attended a Catholic high school where one of the nuns wanted to become a priest…every school day was a fight for women’s rights.  Side note:…there are still no female priests.)

William T. Sherman’s middle name: (Hubster was close, but no cigar. I had nothing and Peggy Anne thinks she was probably absent that day.)

Who was the poet laureate at JFK’s inauguration?: (♦ Don’t remember why I know this, but my mother had a paparazzi infatuation with things Kennedy.)

Jeffrey dropped us within a half block of Camden Yards. He was quite impressed with out trivia knowledge. We bid him goodbye.

Here we are just outside the park. 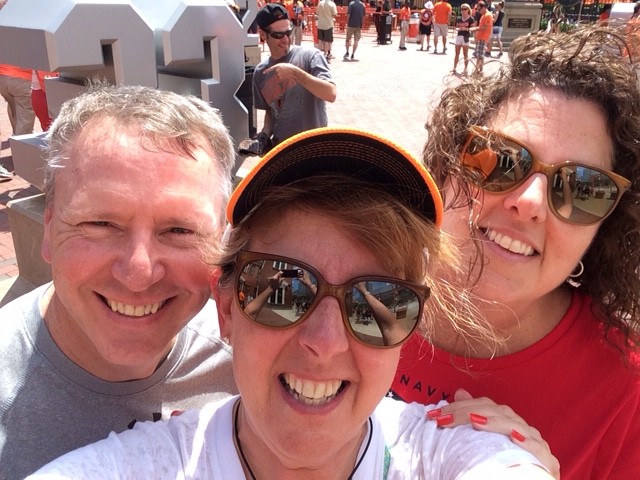 It was a giveaway day… 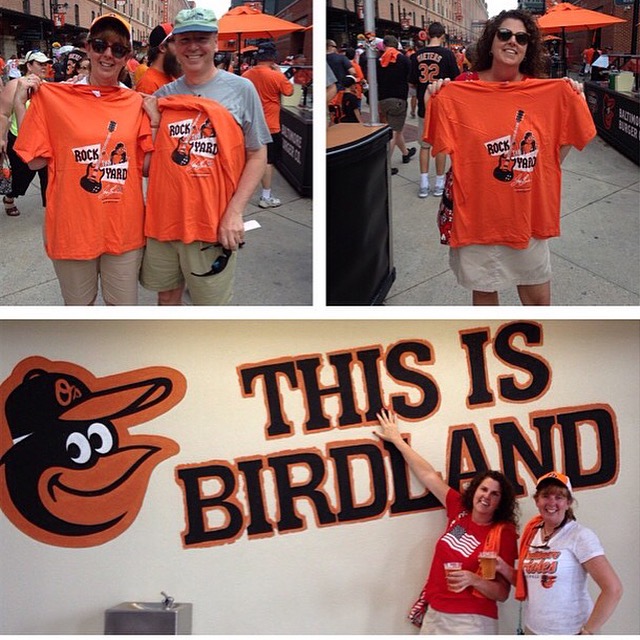 Peggy Anne insisted we model…she created this collage using an app called Pic Stitch. She gave us the tutorial on Sunday morning. I can now create my own.

The Orioles lost. We met our new Uber driver, Barnaby, just outside the park. There was no trivia, but Peggy Anne learned that drivers can leave feedback about passengers and vice versa. Peggy Anne was certain we would receive an excellent rating for the ride to the park given our trivia score. She decided to quiz Barnaby about various aspects of Uber on the way back. I am not sure how Barnaby will rate us given he wasn’t quite prepared for such an inquisitive trio.

Hubster made us a delicious dinner when we returned home from the game. Peggy Anne retired to her luxury accommodations, formerly known as Son-ster #1’s room.