Many of us have come to recognize Memorial Day as the unofficial start of summer. The weather is usually warm and the “great outdoors” beckons.  It is not that we don’t care or have truly forgotten the real meaning of this day, but the demands of life have a way of forcing us to think of the holiday as merely a day off from work or school to relax. 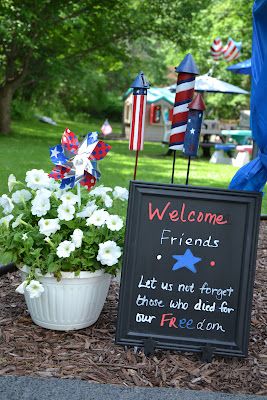 Memorial Day was listed as an official holiday in the District of Columbia in 1888 although many cities and towns across the United States try to lay claim to its beginnings. The actual name given for the remembrance was Decoration Day. The holiday became official chiefly because a significant portion of federal employees would have lost a day’s pay in order to participate in ceremonial events to honor those who died and with whom they fought in the Civil War.¹

My school holds an annual Memorial Day Assembly to remember and thank fallen heroes, those who served & serve, recognize the sacrifices made that enable the freedom to learn and celebrate the achievements of students. 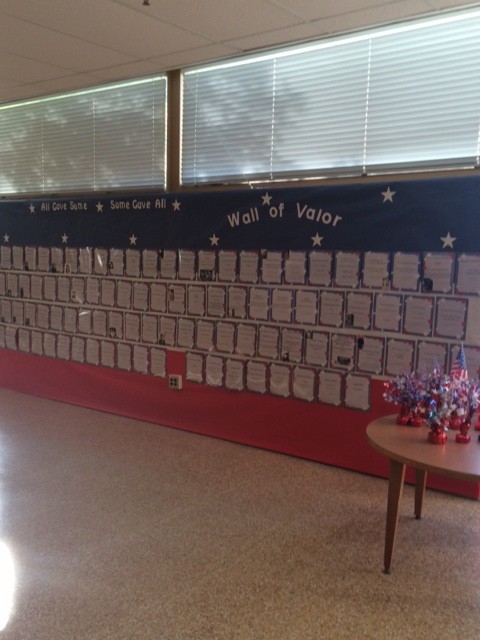 Service members; both present and past, of students, faculty and staff are remembered on the Wall of Valor.

Seventy-two years ago, May, 1943, my father was a Sergeant in the United States Army Air Corp. He was stationed at Lowry Field No.1 in Denver, Colorado. In a letter to my mother, his “sweetheart” at the time, he wrote about his course work.

He was learning about the effects of “magnetism in electricity” in order to improve flight equipment powered by electricity for the war effort.  In his exquisite penmanship he also noted with regret that he wished he “had been a little more studious” when he was younger as he wouldn’t be struggling to learn the lessons he was being taught as a 23 year old man. 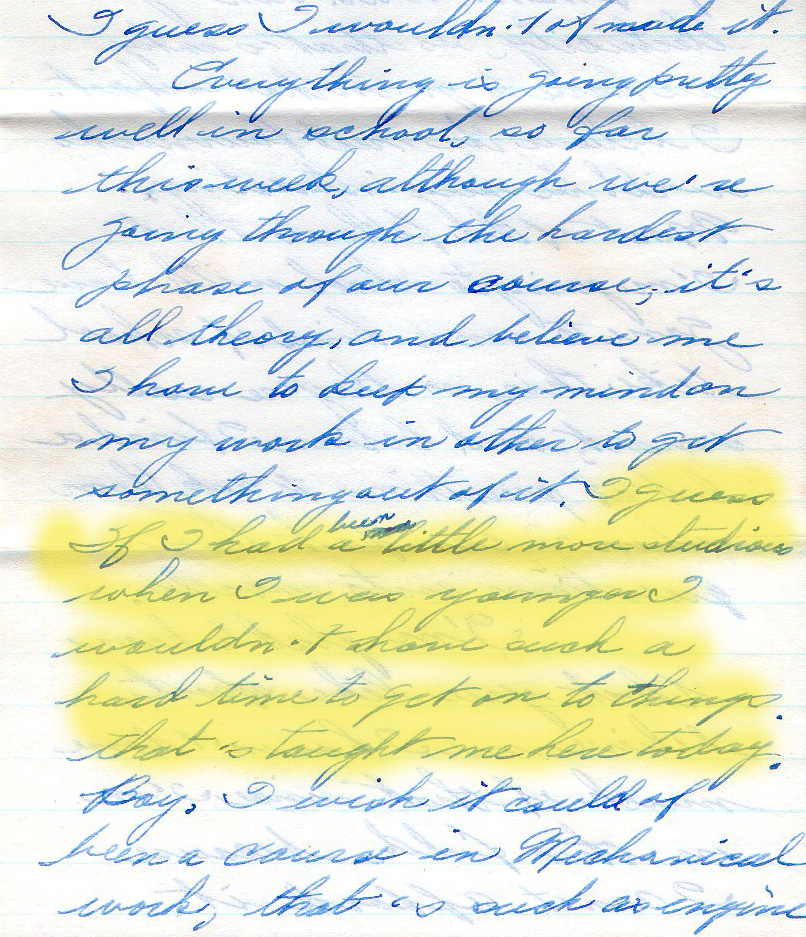 He spoke of the great opportunity he was given by being permitted to attend the classes as many of his fellow soldiers had already attended similar schools. My father did not have a high school diploma as he lived most of his young life in a Catholic orphanage. He considered these men much smarter than he and apparently he asked many questions. At least I know that my many inquiries today come to me through honest heredity.

This Sergeant did not fight the battles of World War II with a weapon in his hand on the front lines, although I am certain he was trained. He learned in a classroom in order to build and repair safer, stronger and technologically advanced flight equipment.

Learning is life-long and one of the many great freedoms afforded to all in the United States of America. The opportunity of education is not to be taken lightly although difficult to convey its importance on some of the very young as my father had lamented seventy-two years ago.

New Mexico, 1945…Sweetheart and the Milkman

On this Memorial Day, as it became known after World War II, we continue to decorate in red, white and blue. We hold strong the high expectations of education for all and we remember and honor those who sacrificed in battle and studied in a classroom in order to provide for us the most precious freedoms we have today.

In loving memory of my father, the Sergeant, and those who died in the service of our country and special thank you to all United States military personnel present and past.

As evidence that learning is life-long and in some cases, a requirement as a professional…Congratulations to my two colleagues who earned their Masters Degrees from Johns Hopkins University this past week. Sorry you missed the fire drill, but don’t worry there will be others. You have made a difference in the lives of so many; including my own…day 162…18 to go until the school year 2014-2015 is in the books.

Mr. S., we will continue to commiserate our problems, thankfully only math related and Ms. N., I appreciate you keeping the Physical in Education …pomp and circumstance for everyone.