If I am to be truthful other than the Easter outfit, Easter was not my favorite holiday. I can’t put my finger on it, as in my faith it is considered the holiest observance of the church year. I have to wonder if, it was that leading up to Easter included the following:

Ash Wednesday: I actually liked Ash Wednesday because I was pretty proud of my ashes if the priest got it right. 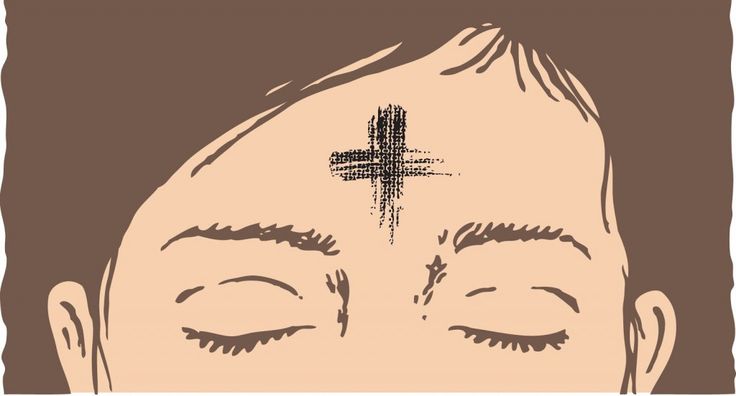 Lent: In my youth and under my parents roof, Mass attendance was expected all 40 days.

I loved it when we went to mass during school because I could come home and happily say, “I have already been to Mass…thanks for asking.”

During Lent, fish on Friday was not a sacrifice….I enjoyed fish cakes purchased fresh and baked by my mother or father more than any other meal prepared  during Lent. I am still all about the fish and seafood. As a child I existed off of tuna fish sandwiches and tomato soup…maybe I should start eating like that again because this daily exercise  on my new recumbent bike is killing me and as of now have lost only a 1/2 pound.

Palm Sunday: A very long Mass, but a parting prize to bring home. A blessed palm to carefully place over my bedroom mirror; a daily reminder as it changed from green to a tan fire hazard throughout the year that my faith was always with me.

I also had a Crucifix hanging on the wall, rosary beads hanging on the bed post, and a statue of the Blessed Mother. There was always someone watching over me.

Holy Week: Continued fast and more fast, Mass, confession, feet washing and Good Friday Stations of the Cross. As a child, I was sad during the Stations of the Cross. While I knew and know history cannot be changed, I am grateful for the sacrifice, but have always found it difficult to hear the words and observe the reenactment of the Crucifixion. 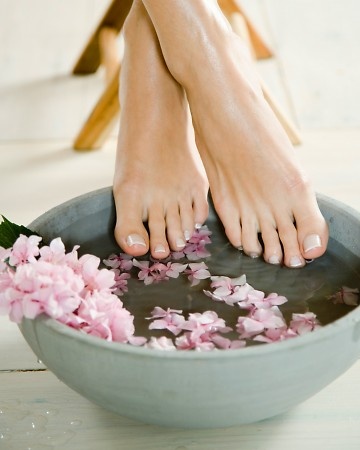 It seemed the feet that were chosen to be washed never looked like this.

Easter Vigil: (On the homestretch) Usually a beautiful Mass where I did sing in the choir so that helped pass the time, but here was my argument: It is a Mass, held on a Saturday, after 4 pm, shouldn’t that count for Sunday?

This argument was countered with, “Not in this house!”

Easter: Up early, present my mother with an Easter lily,  dig in the basket, remove hair rollers, brush hair, dress in fancy outfit (loved this part) and off to Mass again. I suppose you could say that walking up to Communion on Easter Sunday was much like walking the runway in a fashion show…you wanted to be seen.

Sometimes my grandfather and his wife joined us from New Bedford…this meant a few adult beverages would be served, the kids would clean out their piggy banks to play penny poker (Grandpa seemed to always be on a lucky streak and my piggy bank on a diet).

Sometimes Uncle and Aunt Vivienne* from Canada or on their way back from Florida… this meant sleeping arrangements were drastically altered, a few adult beverages were consumed, cutting and prying remarks to us, gossip about relatives we didn’t know, conversation about health issues and dietary concerns, and Aunt Vivienne’s irritable bowel (she began raising her skirt as she made her way up the stairs and toward the bathroom). You cannot un-see a hideous girdle on a less than shapely body. 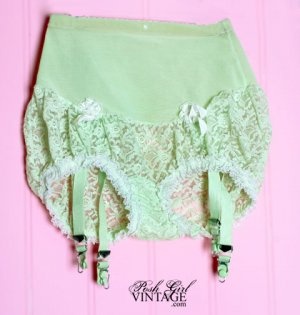 Not her girdle, but a vivid memory is a pastel color flying by me on the steps as I descended while she ascended.

This was before me…I know they should have sad faces, but from tallest to shortest…the Family Matriarch, The Irish twin, #1 Son, Piano Man, Baby Boy and Keary. Boston Common, Tremont Street in the background.

Several years later…I joined in on the fun. 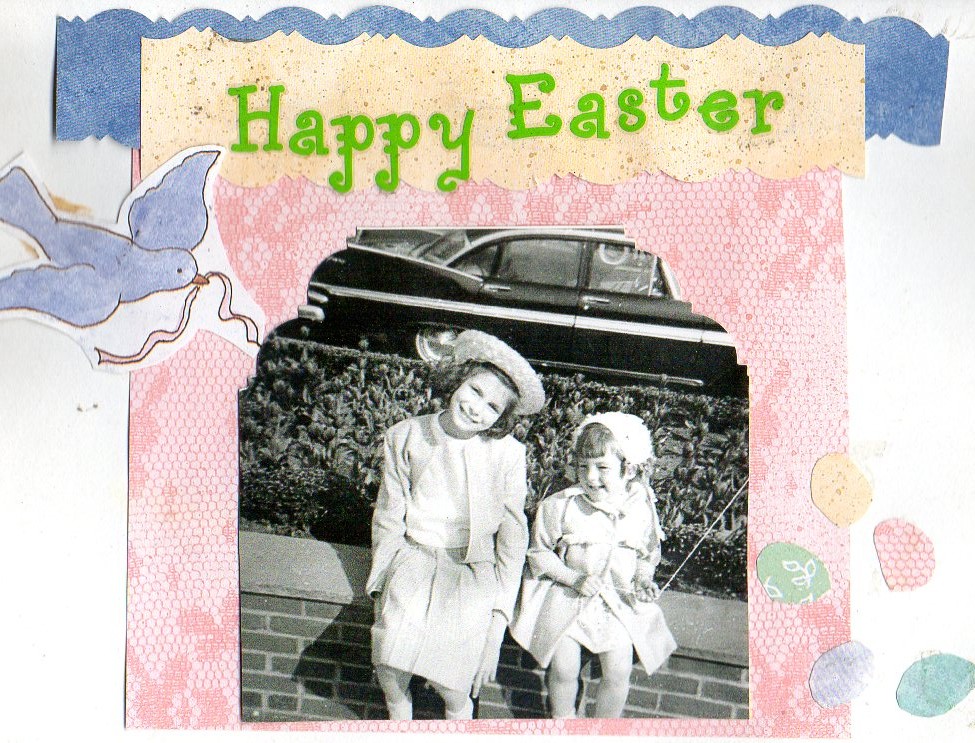 I think I am holding a balloon… it must have been free because after paying for all those Easter outfits there could not have been a penny to spare.

This morning I went searching for photos of my own at Easter when I realized I have about a million photos…these are not the best, but I lost two hours just looking…next year I will be better prepared. 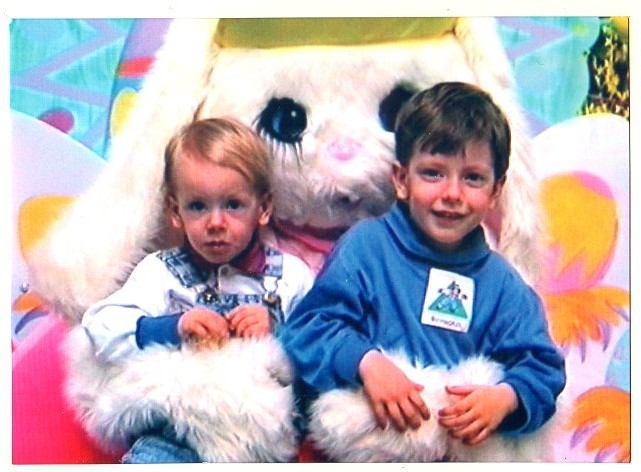 Mall bunny, days before Easter…#2 Son-ster believed in the Easter bunny for a long time.

Egg hunt fun for the cousins in Maine. 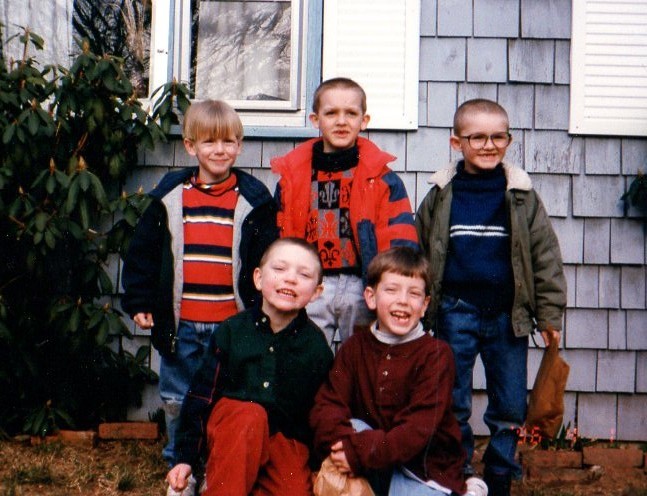 About a week before Easter, Hubster’s sister had an Easter egg hunt for the cousins…notice the winter jackets…jackets are unzipped so that is spring in New England.

My mother was none to pleased when I became engaged to Hubster that he was not a Catholic…she thought I was doomed to eternal damnation …Hubster knew I heard this from her daily during the year I lived back at home after college while we were engaged.  He, to my surprise began taking classes to become a Catholic… at the Easter Vigil months before we were married he was Baptized into the Catholic Church, received the Sacrament of the Holy Eucharist and was Confirmed….

Hubster…you were and are a good egg. 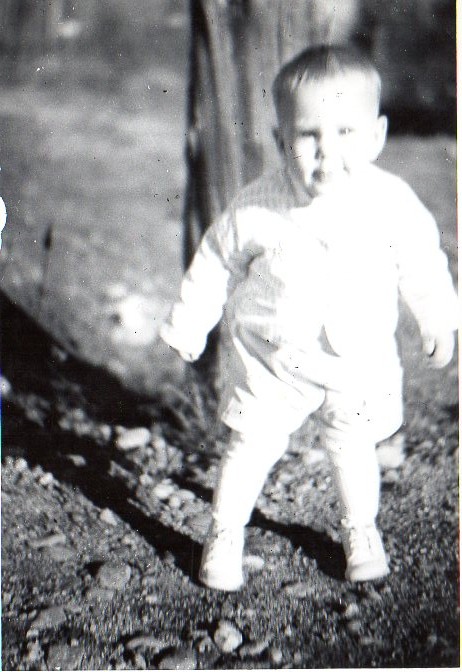 Easter, 1962…I wasn’t even born yet, but the smile indicated good things to come.

If you read this before 6:30 pm today (Good Friday)…you still have time to make the Stations of the Cross scheduled at my church.

Hope to see you there…if not,