I personally have delivered only two children in my life…both boys arrived in the winter, two years and three months apart, in hospitals, natural delivery, all healthy, each with ten fingers & ten toes. Both deliveries had a heartwarming story, but the two episiotomy procedures were something I still have a hard time erasing from my memory. A doctor, a fabulous obstetrician, was there to pull/catch the newborns. I would change nothing and I most appreciate the modern medical facilities that were afforded to me. Birth was a wonderful event, in hindsight and someday, not too soon, I look forward to being a grandparent. So enough about my birth story…

Several years ago, Hubster…who knows me quite well, found a program on the BBC …Call the Midwife…both of us have been hooked ever since. 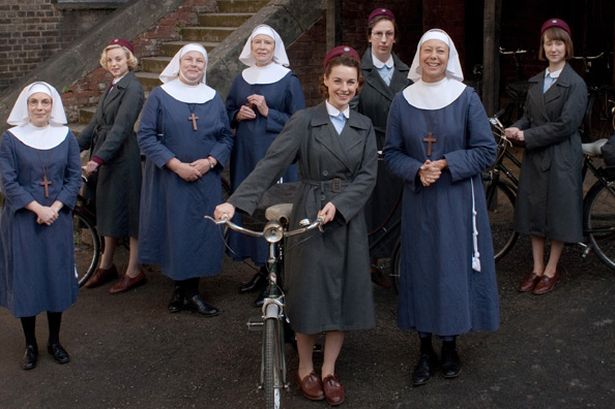 Call the Midwife: A True Story of the East End in the 1950s

The sisters of Nonnatus House in Birmingham, England never miss an episode. 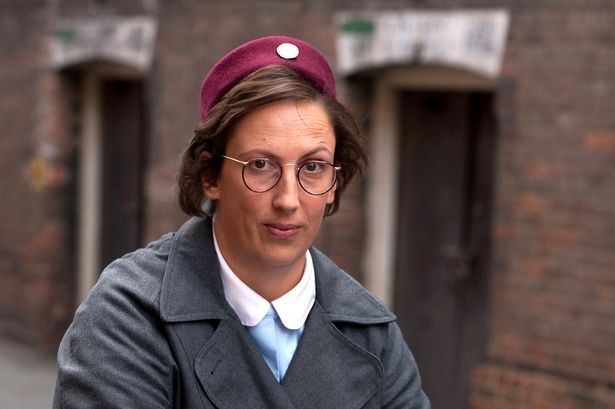 This character, Chummy reminds me so much an one of my aunts it is scary…Aunt C.’s photo here.

The show is based on a novel by the same name…I read it after watching season one…I laughed, cried, cringed and became extremely thankful for my own mother and my own wonderful birth experiences.  If you haven’t seen it, I highly recommend it along with the book…if possible go back and find season one. The first episode of season four began on Sunday and once again I laughed, cried and was especially grateful for the the life that I perhaps have taken for granted.