Some in my family would choose to forget…the women who inspired our youth. Most in my family attended school when the nuns taught us in full habit. When I started school most of the nuns wore some form of a habit, but by the time I finished high school and for that matter college, since I attended an all women’s Catholic college, there were only a few elderly hold outs still wearing a wimple…old habits being hard to break. 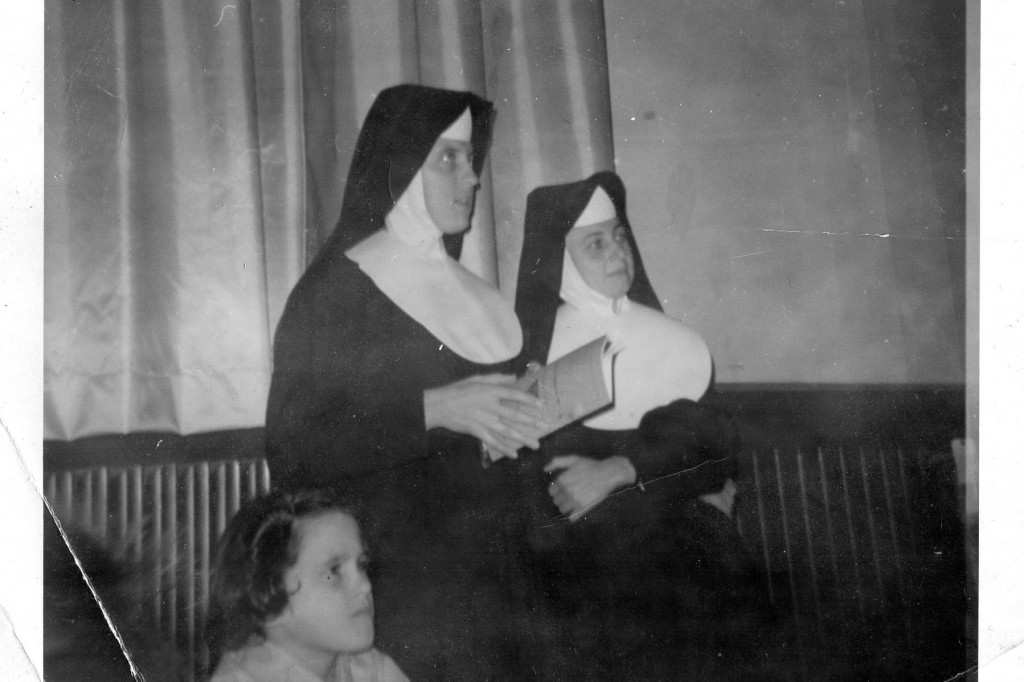 My older siblings had the taller nun and four of us had the shorter nun….she was a tough nun to crack. She was also a referee in many of my basketball games in high school. It is hard to break away from the black and white color scheme.

When the old stories of our former school life are featured at a family gathering, we often laugh more than cry. Every few years I try to make an ornament to give to all family members who decorate a tree. This year’s ornament features a little bit of influence from Maryland, my home state, as well as fun with nuns and a story to go along with it.

School Sisters of the Old Bay 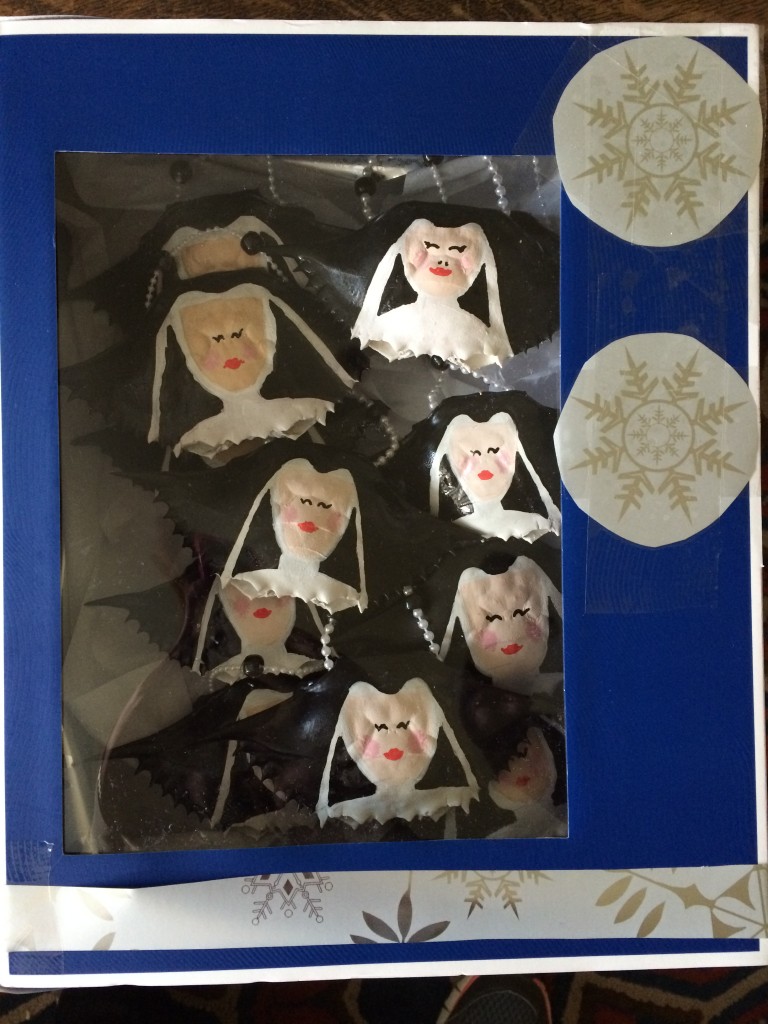 (Not the crabby educators of our youth.)

The School Sisters of the Old Bay were founded in the 1800’s to educate scavengers and provide nourishment to people from Massachusetts to Texas with the largest motherhouses located in the Chesapeake Bay, North Carolina and Louisiana. The order has even been found venturing as far north as Nova Scotia and as far south as Uruguay.

At times, many thought the Sisters to be quite hard and fearsome in appearance as well as aggressive by nature. But nothing could be farther from the truth; these Sisters attend to the spawn of the bay and salt waters until they are mature. Their motto, “Let divine intervention and spice bring you to the table.” 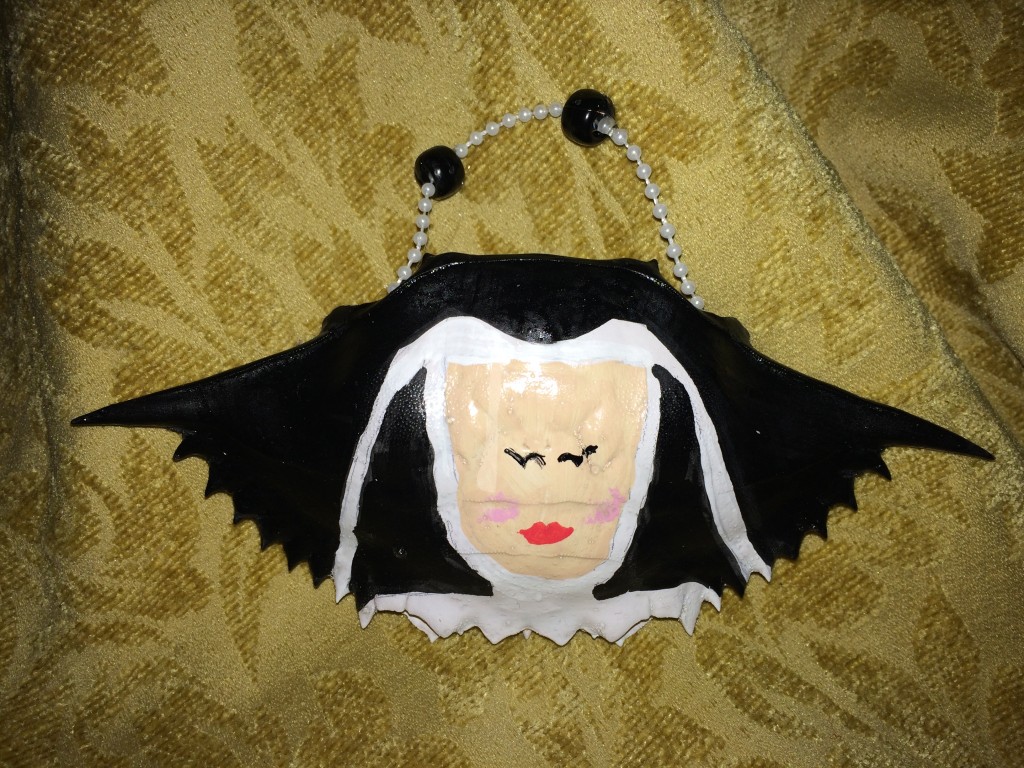 At one time there were millions in the congregation and their resources seemed unlimited, but today they are fewer in number due to generations of bad habits with commercial and recreational “over-preying”. The order would like to continue its mission to educate bottom dwellers at its schools including; Our Lady of the Brackish Waters, Saint Francis of A’Sea Sea High School, and Mother Callinectes Sapidus*Academy (*Latin for beautiful swimmer, of course.) In addition, the School Sisters of the Old Bay want to provide bountiful feasts for many generations to come.

In an effort to keep the order crackin’, this non-sister (me) has chosen to artistically emulate the likenesses of the founding Sisters; Sister Margaret Imperial*, Sister Clawdette de Mare and Sister Anita Trapp as ornaments for your Christmas tree with a rosary bead hanger to grace the fragile branches. Each ornament is keepsake dedicated to faith, discipline and a lifetime of fond memories, quite honestly you will find nun better. 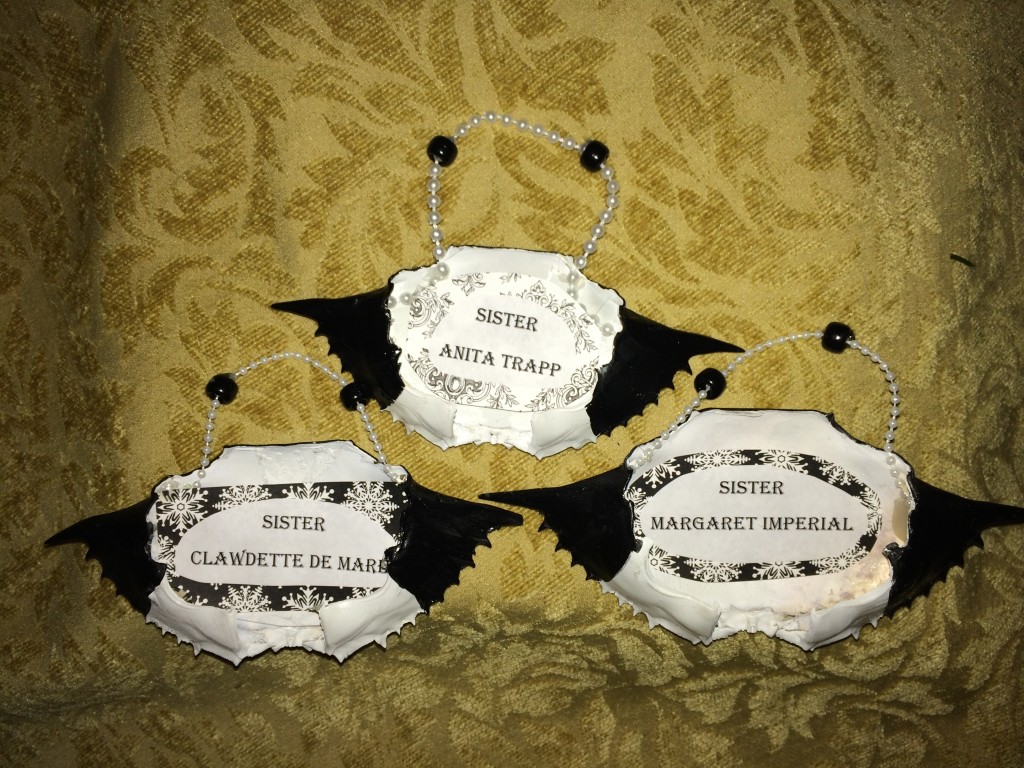 * Crab Imperial is a featured dish here in Maryland