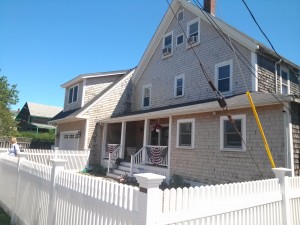 The Hubster and I spent several days visiting the Family Matriarch ( oldest firstborn sister) and the Kitchen King (brother-in-law) at their wonderful remodeled beach home in Massachusetts. It was truly a family affair with their four children, spouses, important significant other, great nephews and great-niece (of course I am the Greatest Aunt, their words, not mine), in/out-laws and visits from two brothers, a sister and her children.

Naturally, the extended weekend revolved around family, the beach, a minor tropical storm, America’s Celebration of  Independence and FOOD. Since I was the baby of my parents’ large brood, all holiday meals I remember (including those leading up to the holiday and on the backside) required extra seating, cutlery, plates, a second mortgage and potentially a kids table. The Family Matriarch (FM) and Kitchen King (KK) have been hosting this type of meal for decades and have mastered the art of fine dining for 26 plus adults and children at one long table. It is a Broadway production with moving set pieces as extra tables appear where there were none before, chairs magically materialize from the woodwork, white linen tablecloths land with military precision, centerpieces fluff up the middle and who knew you could actually have 30 + matching white dinner plates, salad plates, bowls, cups and so on.

Because the table dressing occurred so swiftly I didn’t have a chance to take a picture of the actual table, but the photo below is pretty close. 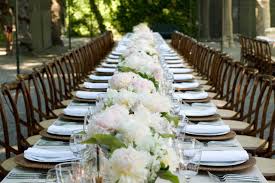 Fearing there will not be enough food (this has never happened) everyone contributes something, but I must say the FM and KK contribute and prepare the largest amount of food. Where there were once cookbooks, the FM has the laptop for recipes on the kitchen island whipping up lobster casserole, chicken, and other appetizing delights. The KK is in charge of all the heavy lifting, including chowders (“chowdah”, since it is New England), sauces, meats, grilling and vegetables. Almost every adult who comes through the door and their four children, all adults and not much younger than me (just a side note to demonstrate my youth) also provide multiple additions to the meal like salads, salsas, breads and desserts.

Once the meal has concluded and I counted 11 full sit down at the table meals; the clean up dance begins. Much like Disney’s Beauty and the Beast, you are invited to be their guest at the kitchen sink. (Honestly, no one complains when presented this bill after enjoying gourmet quality food.) Plates, cutlery, drinking vessels, serving dishes, pots, pans and cooking utensils are gathered for washing. The pace for this rinsing and placing in the dishwasher is quite exhausting and not for the “under-exercised” of body or mind as there is much lifting, bending, and analytical problem solving involved when placing the dishes in an unfamiliar dishwasher. Leftovers (yes, there are always leftovers) are now wrapped and gingerly stacked in nooks and crannies of two refrigerators (or the Frigidaire as the Milkman, our father use to call it, no matter the brand).

For our last evening meal at their home, only 16 at the table, the KK declared early in the day that we would eat leftovers as there were many. We were not complaining considering the menu choices from previous meals were:

With New England fortitude everyone pulled together to locate the above listed items. Not an easy task when you consider the UFO’s; Unidentified Frigidaire Objects. Over the course of several days as multiple individuals, ages almost 2 to 60’s (the toddler was primarily a spectator of the Frigidaire) attempted to retrieve or place cold storage items in the two large units; it became more precarious. You can imagine that some former food items don’t look quite like they used to and a few overly ripened garnishments get included in the shuffle; thus the UFO’s.  This is where history (the forgotten food items from meals gone by) and mystery (can you guess the food group of the long forgotten item) meet the trash can.

The Frigidaire: who knew two games in one. 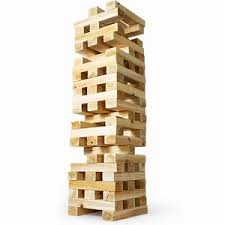 One pull and they all fall down. 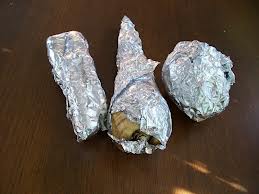 Please know that not much met the trash can because our family rarely wastes as those of us 50 and older were raised by Depression Era parents. Upon our departure from the FM and KK beach house our stomachs were full, our hearts felt love, our skin was safely tanned and the two Frigidaire’s organized; not a UFO in sight…until I returned home to my own Frigidaire back in Maryland…yikes. Garden compost to the rescue!

Final note:  The Milkman was a huge sports fan over his lifetime. Obviously, teams close to Boston were his favorite, but now and then he reached out to support lesser known athletes like Chicago Bears, running back, William “The Frigidaire” Perry… I still chuckle at him sitting in his black leather chair commenting, “Look at that Frigidaire run.” 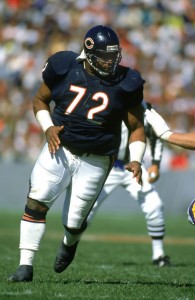