I know all of you have been waiting with bated breath for the Turkey Trot results, but I would be remiss if I did not start at the very beginning.

It all began at zero dark thirty…oh, wait a minute that is another story, but truth be told it was dark when I awakened and the thought of going out in the cold on Thanksgiving morning did not thrill me. Our friend Rick arrived at the house as the sun was just cracking over the eastern seaboard. He would ride with us as I was to be the sane driver of the running duo.

Upon arrival at the YMCA I dropped the physically fit pair at the start line and then was directed by the volunteers to go park the car several blocks away. I also had to locate Son-ster #1 and Bertie to give them their bibs for the race. They called to say they had arrived only several blocks from where I parked. I teetered and trotted those blocks which seemed like mile. My nose was running faster than me and one hand stayed glove free so I could use the phone until we met. I finally saw them off in the distance so I pulled out a tissue to clear the offensive wave of mucus spilling from nostrils. I safely pinned their bibs and we made our way to the starting line. There were over 1,200 runners and all of a sudden I realized I was in the thick of frenzied Turkey Trotters waiting for the signal to take off. I quickly said my good-byes to #1 and Bertie and let them fend for themselves to find Hubster and Rick.

Fierce fowl nearly had me stuffed in at the starting line. 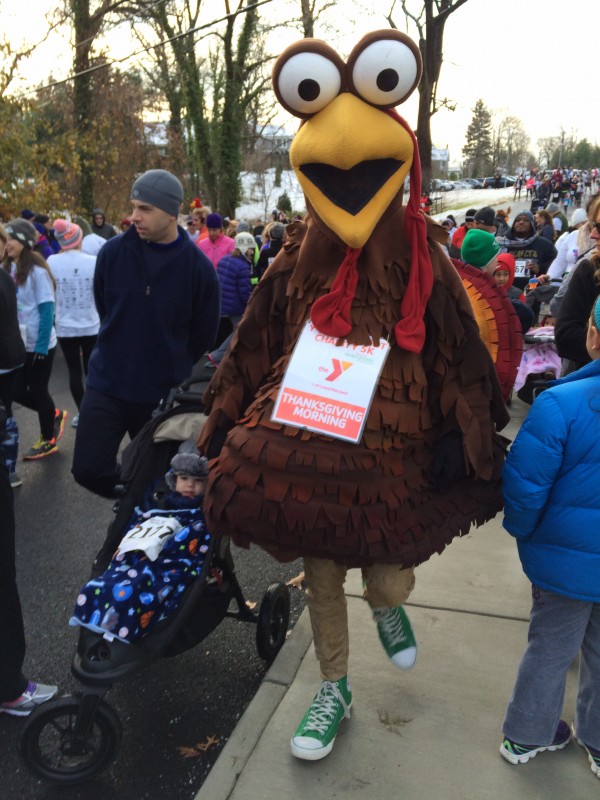 This was near the back of the pack and before the race.

I knew I needed to get out of there before the headline read, “Lovely lean lady trampled by trotters.”

As you can tell they were trying hard to keep a stiff upper lip when I told them they had to find Hubster and Rick on their own.

Once I made my getaway I spotted these two fine feathered (or unfeathered…if that is a word) friends….

I don’t know them, but they were good sports for letting me take their photo. Loved their turkey hats…purchased from the Christmas Tree Shop. I don’t know if the hats made it to the end of the race.

Next, I turned to face the back of the pack and bid them “fair-the-race” for on that morning; better them than me. I truly hoped Hubster would finish on time to get me back to the comfort of my Macy’s Thanksgiving Day Parade…I have been a regular viewer for all the years of my life with the exception of the two years I worked in the Faulkner Hospital dietary department in high school. Those were the days when only those under 18, first year residents and nursing students ran the place on holidays. (None of the survivors complained.)

This crew was just the late arrivals who could not fit out onto the street for the start of the race. Note the snow…there were a few icy patches on the street.

Inquiring to the right parties(those wearing vests stating volunteers) I caught my breath from all the heavy moving and made my way to the finish line. As the holder of coats, cell phones, Bertie’s purse and special water bottle this was not a task for the weak and feeble, rather the lazy and wiser; me.

This is actually the second place runner. 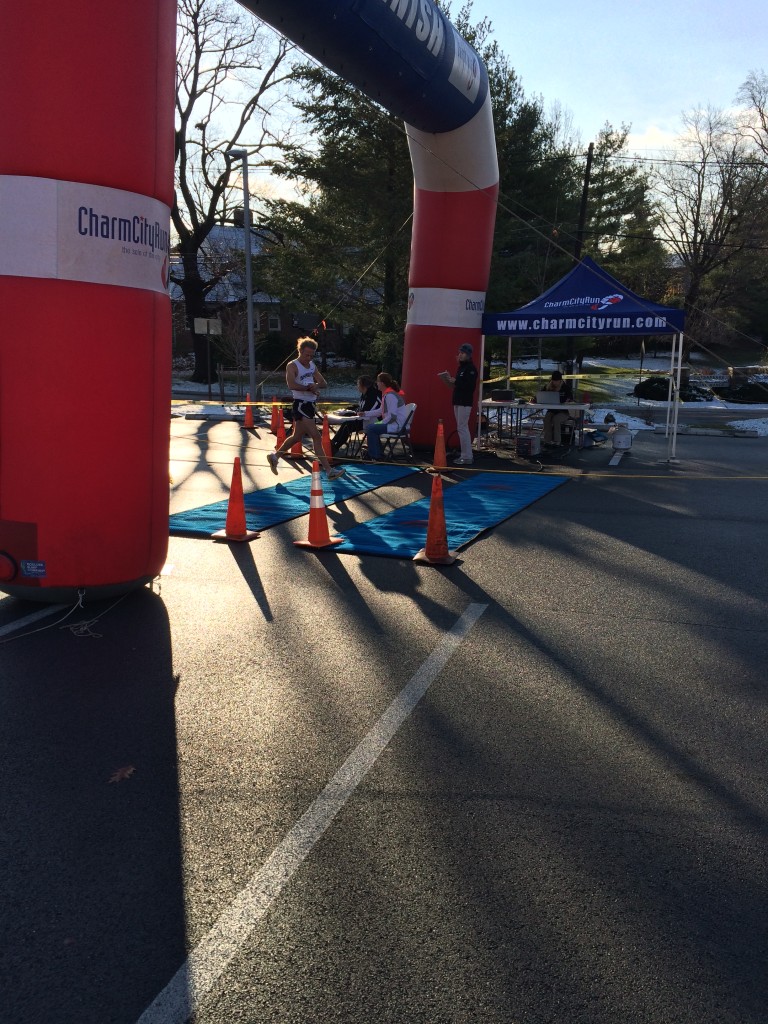 At this point as he was checking his watch, I was checking mine because like him I became a bit fearful that I would miss the Rockettes dancing in front Macy’s…

Once again engrossed in conversation I didn’t even see Bertie cross the finish line …. 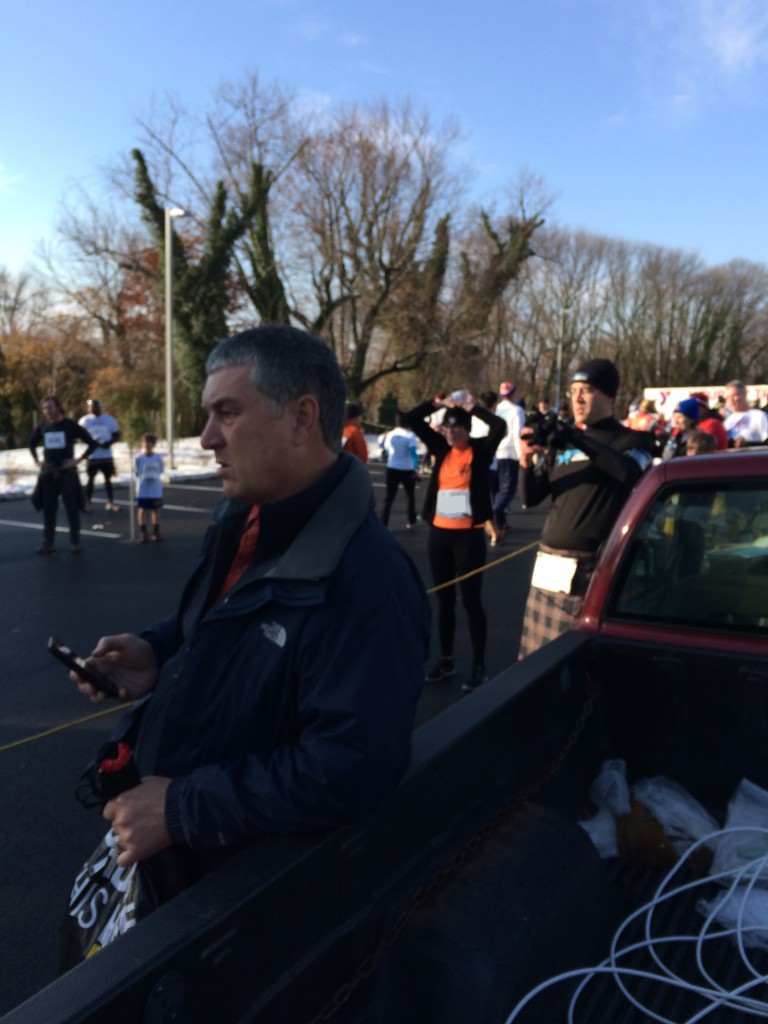 Not a great photo, but that is Bertie in the bright orange long after she crossed the finish…too bad I missed it.

I didn’t see #1 until he was standing behind me… 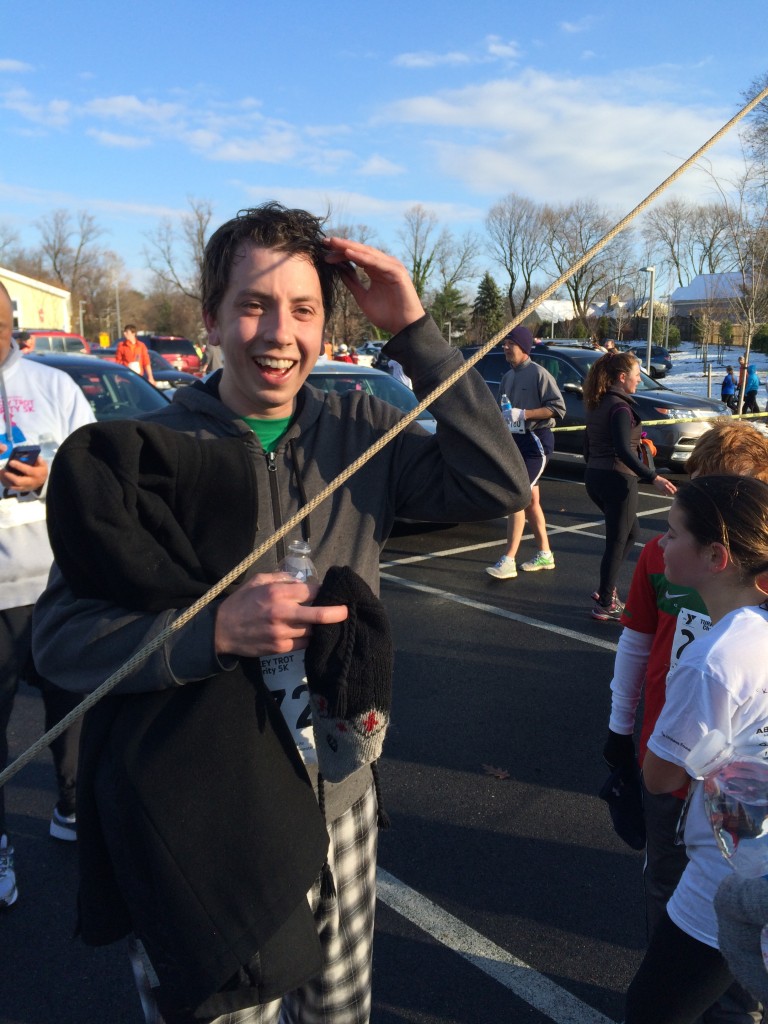 Okay so now you are probably looking for the finish of Hubster…well when I turned to take the above photo of #1, Hubster crossed the finish line. 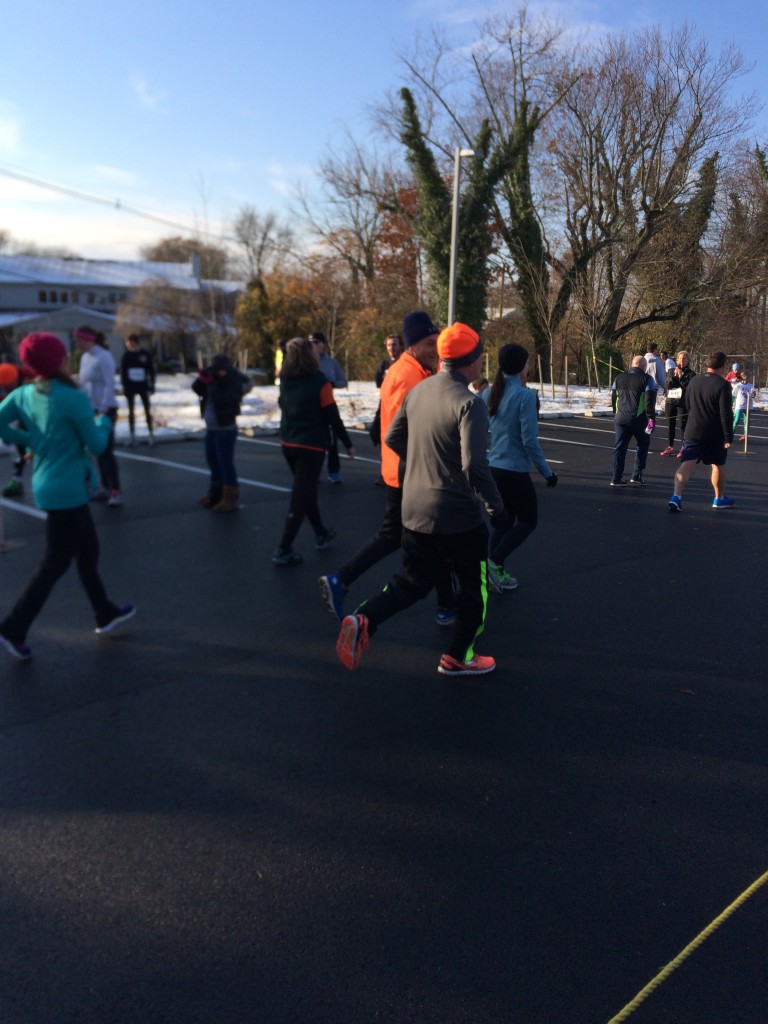 About 15 yards past the finish line…Hubster in orange hat, Rick in orange jacket…

Hubster finished number 49 in his age group..49 is actually younger than his age so we are calling it a big win. 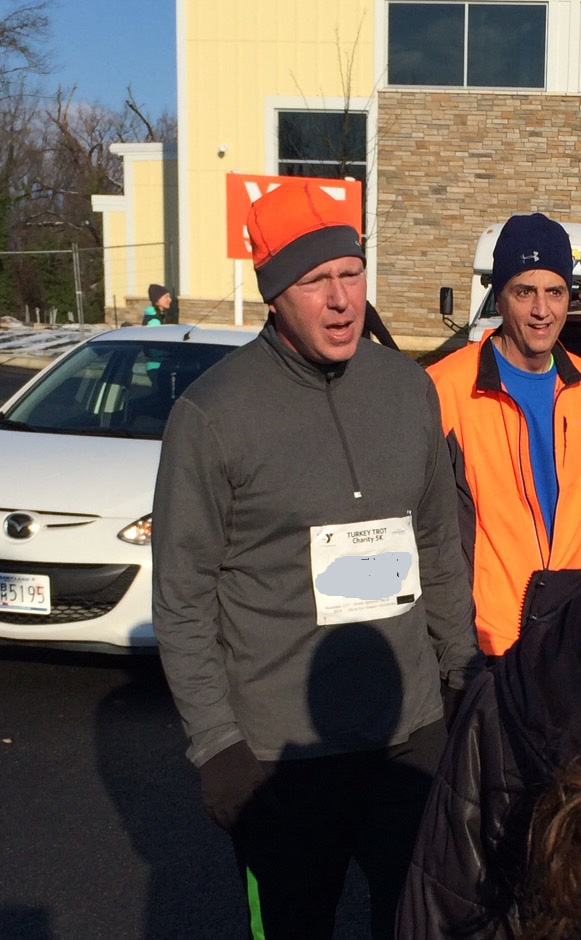 My running hero and Rick catch their breath. 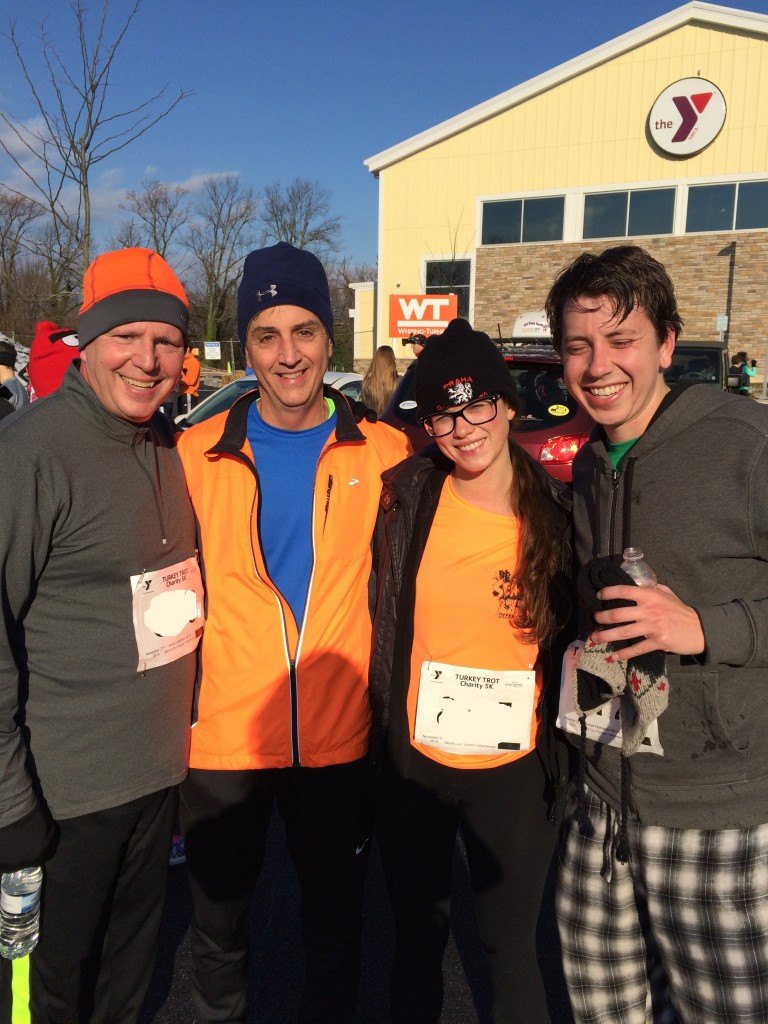 Apparently I took only one photo like this …sorry #1 I caught you blinking.

Seriously with my photo skills, I better not quit my day job. Also in all the excitement of photo taking I lost Bertie’s favorite water bottle. Hmm…a Christmas gift idea…sorry I guess I am spoiling the surprise.

Happy back to work…just kidding not really happy, but I do get paid, have very good health benefits and most importantly have a fabulous group of students.