The summer is such a glorious time. First and foremost, no school and my own schedule; when our children were younger we were fortunate to take a family vacation each summer. We often drove to Massachusetts to visit my family and then up to New Hampshire and Maine to visit the Hubster’s family. We also spent time in Ocean City, Maryland, but by the time we returned home we were exhausted from all the forced family fun driving, stopping, and sleeping in various places as well as lack of routine for the Son-sters #1 & # 2.

This family looks happy so we will say it’s us. I am certainly glad the Hubster and I opted for the teeth whitening package. 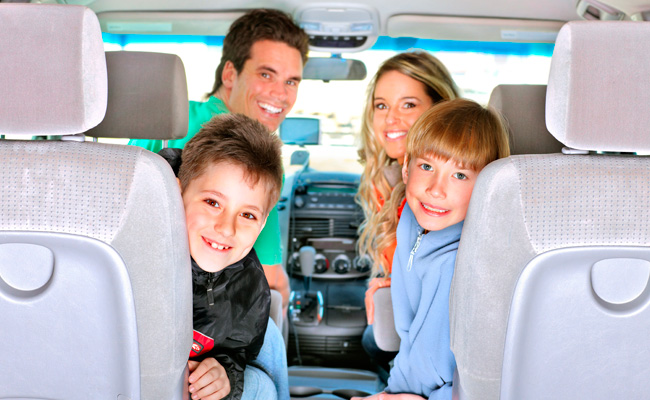 Today, in our current state of empty nest we are freer to do with as we please, but it must occur in summer and… fall within the parameters of “not a fortune.” For the last several years we have taken two weeks to sit under an umbrella, read, relax, nap, and repeat; snack, dip in the ocean, build a sandcastle (yes, we do this even without our Son-sters) and repeat again. When we return home we feel ready for another 351 days of life.

When I close my eyes to visualize the sandcastles we have built over the years……………….. this is what I see.

When I wake up from that dream here is the real sandcastle…my goodness I have got to crop out the stuff belonging to riff-raff in the background………………………………………………..   Never mind, that’s our stuff. 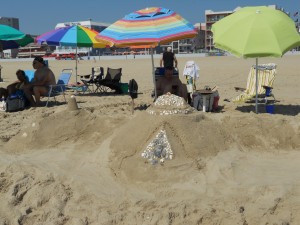 So as you can see we lead a pretty wild vacation life, however…..there is one place I would like visit again, Canada. 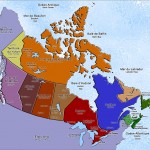 The province of Quebec, Canada was the Milkman’s (my father) birthplace. He later became a US citizen, but always held a fondness for his native land, so much so that all of my childhood family vacations were spent in Canada. The Milkman loaded the family car with everything we needed for a five plus hour drive from Boston, up I-95 (there were only short distances of this route paved in those years), through New Hampshire into Maine and its logging back country  and finally across the border. Along the way we were encouraged to play the silent game, sing songs my mother liked, use the restroom only when stopping for gas and move about the cabin freely (no seat-belts).

We traveled in style all while crossing our fingers and making novenas that the car would survive the whole trip. There are bears in logging country.

The wagon below holds a close resemblance to the mode of transportation the Milkman favored in those early days of my expeditions to Canada. 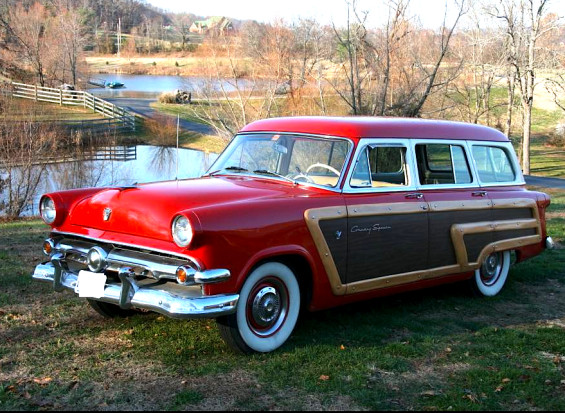 It was challenging trying to find affordable accommodations for upwards of seven bodies on any given evening, but dare I say we were quite privileged because we stayed in a fabulous chateau almost every summer. 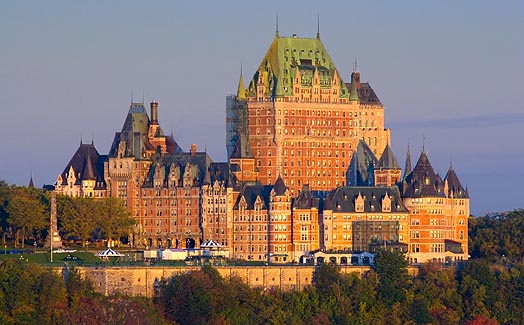 Oh no, not the Chateau Frontenac in Quebec as pictured above, although I did walk through the lobby once, quite impressive and of course we took one photo outside. No, since my uncle was a big time Monsignor in the province we were upgraded to the more economical fine lodgings shown below. 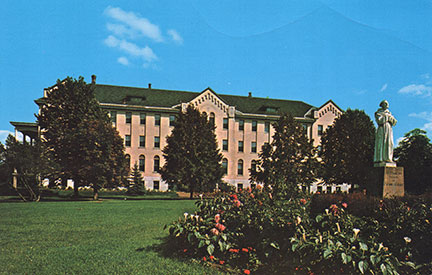 We simply called it Chateau Guay…. it seemed so much more luxurious a name to share with friends back home who did not have access to an internet search available today.  Sadly, a recent “Google-ing” merely finds a Flickr photo which states in French, Ancien Manior de Franciscains (former Franciscan Manor).

Our suites were extra….ordinary. If the room below had a Crucifix on the wall, desks removed and were narrower by about 2 feet, it would be a dead ringer. 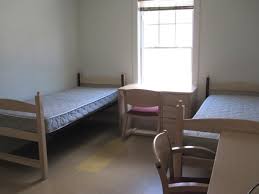 I am not complaining for many of our neighbors back home didn’t even take vacations. We had experiences that hold fond memories. My parents insisted on some daily rituals however; the routine below may hold the key to a variety of knee ailments experienced today.

Our family is not depicted in this post card, but I think my mother had a similar white chapeau (hat). Thank you French 101 and 102. 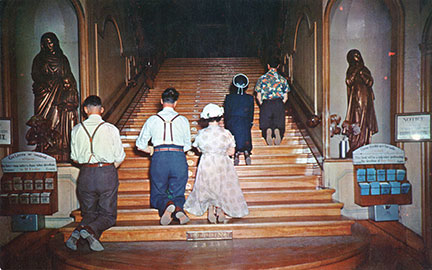 In addition to the activity above and since my parents were devout Catholics bent on raising equally devout Catholics we visited and attended Mass in every Catholic Church in the province of Quebec.  If you’re a church person and from what a four and a half to thirteen year old former self can recall; the architecture was stunning even if the Masses were long and in French.

The Milkman’s family was large and spanned the entire province. Although he did not grow up around them we somehow managed to meet every relative even many who were three and four times removed. As a child I always thought “removed” meant that these relatives had been committed to some kind of home or prison three or four times.

So you can imagination that when these relatives (brave souls for taking in so many) insisted we stay overnight in their homes…. the whole “removed” concept had me sleeping with one eye open. 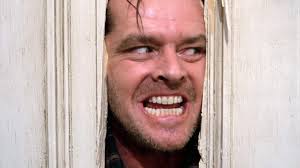 Upon learning of my concern for the scary “removed” cousins, my sister, Keary, closest in age to me, informed me of the true definition. I was quite relieved as daytime napping in the car and missing the view of the Canadian countryside was in the past.

Definitely not a great photo below, but remember in the days of film you had one chance, film was not to be squandered. I am the perfect child in the front with my parents, my sister, Keary and my great-step Aunt Vivienne (disclaimer: one eye open sleeping policy still in effect at her house). 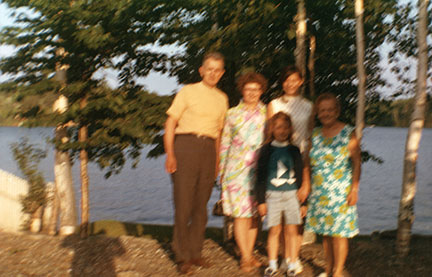 At this time I don’t know when I will return, but hopefully when I am still young enough to walk up to the front desk at the Chateau Frontenac to check-in with the Hubster. I wouldn’t mind tracking down a “removed” cousin or two, attending a Mass (but just one), visiting the countryside, sailing the St. Lawrence River and upon return to school in the fall when asked, “What did you do on your summer vacation?” I can simply respond, “Oh, Canada.”

Who am I kidding those people can expect a very long-winded story.